Judge rules Kentucky bloke had the right to down gizmo 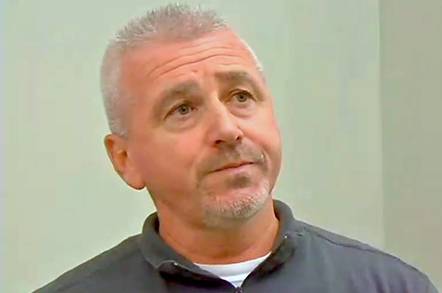 A father who shot down a drone that was hovering over his family home in Kentucky has been cleared of all charges.

Dad-of-two William Merideth thought the quadcopter was spying on his daughters in their yard in Hillview, and blasted the gizmo out of the sky with a shotgun. That earned him the title "Drone Slayer" from pro-privacy quarters.

Merideth was arrested shortly after in July, and charged with criminal mischief and wanton endangerment.

He appeared before the Bullitt County District Court on Monday this week, and after a two and a half hour hearing, Judge Rebecca Ward dismissed the case against him.

"I was in my right to protect my family and my property," said Merideth.

The judge agreed, telling the court: "He had a right to shoot at this drone."

David Boggs, who owned the downed drone, was hoping to get the cost of the machine in compensation, and said he will ask the Commonwealth's Attorney's office to take the case to a grand jury – or consider pursuing a civil case against Merideth. ®

Altitude Angel to use cash to swoop on Europe, N America