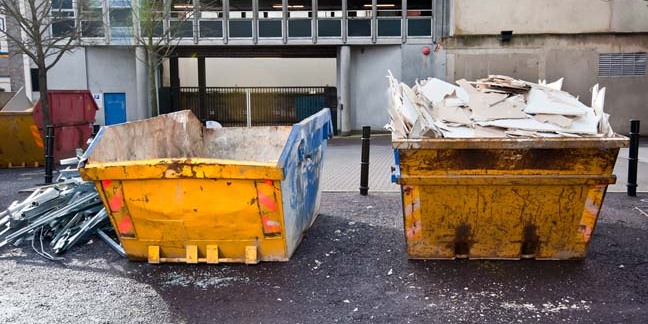 Skip it? Pic via Shutterstock

Deutsche Bank is the latest financial institution to announce plans to rip out its creaking IT, according to reports.

According to the Financial Times, John Cryan, the new boss of Deutsche Bank, is determined to overhaul the creaking computer systems that he blames for its woes.

It follows a major management restructure last week, which included the promotion of Kim Hammonds, global chief information officer, to the role of chief operating officer.

Under the reorganisation, Hammonds will "oversee the re-engineering of the bank’s information technology (IT) systems and operations."

The bank's new strategy is expected to be announced on Thursday.

Cryan wrote to staff in July to say: “We must standardise our systems and procedures, decommission legacy software, standardise and enhance our data, and improve our reporting," according to the FT.

Deutsche Bank has already begun to make noises about modernising its IT. In February it announced a 10-year, multi-billion deal with HP to migrate to a cloud infrastructure.

Peter Roe, analyst at TechMarketView, noted the bank has a better IT track record than most. "Historically Deutsche Bank had one of the more centralised approaches to IT, suggesting that other banks are in an even worse mess," he said.

He added: "The shift to cloud services is happening now, with institutions taking a much more assertive stance. There is change among banks and a significant investment in sorting out this portfolio."

Certainly most banks are struggling with their legacy IT. RBS is the most notable example, having been whacked with a £56m fine following its major IT cock-up in 2012.

Other banks are shelling out millions on overhauling their legacy, such as Co-op Bank which is splashing £500m on its IT infrastructure. ®

And we will change your tax forever, no need to delay ya... nothing's gonna stop us now

And employers that banned personal service companies no longer seem to care. At least not yet, say sources