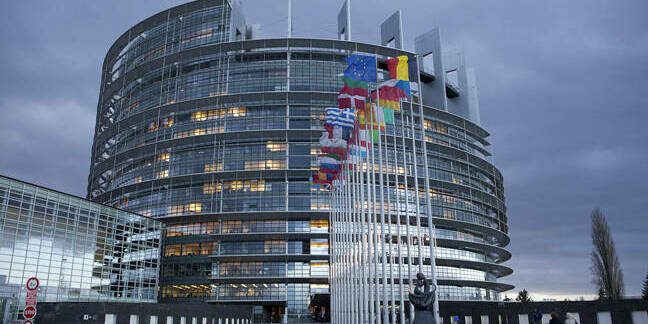 Netflix, Reddit, Tumblr, Kickstarter and other tech companies, as well as the creator of the world wide web, Sir Tim Berners-Lee, are urging European politicians not to vote in favor of net neutrality regulations on Tuesday.

Both have sent letters highlighting a number of "loopholes" that have been introduced as the legislation has progressed through the different European bodies, which could undermine the original intent of the law.

"The proposed regulations are weak and confusing," warned Berners-Lee in a blog post. "To keep Europe innovative and competitive, it is essential that MEPs adopt amendments for stronger 'network neutrality.'"

Meanwhile the letter [PDF] from 34 tech companies and VCs noted: "Unfortunately, the proposal before the Parliament contains four major problems that undermine network neutrality and threaten to undermine the EU technology industry."

Both letters argue that the amendments introduced make the rules weaker than the US-equivalent Open Internet Order, passed by the Federal Communications Commission (FCC) earlier this year.

Those four loopholes are:

The counter-attack to the revised rules has come on the eve of the vote in the European Parliament. There are already a number of amendments proposed by the MEPs that are due to be considered and which campaigners appear to feel would resolve their concerns.

The coordinated effort to flag up concerns on the eve of the vote is an effort to get politicians to approve those amendments before approving the rules. Stanford law professor Barbara van Schewick has also produced an extensive rundown of why she feels the changes need to be made.

Among those opposed to the rules as currently drafted are Economic Affairs minister Henk Kamp and Digital Single Market commissioner Andrus Ansip. Driving opposition to the measures is MEP Marietje Schaake. Although even Schaake noted that the changes made during the process were the result of member state governments.

Everyone sharing my concern for the open internet, do remember #netneutrality text voted tomorrow was weakened by Member State Governments

The proposals were first introduced in 2013 but have been delayed a number of times. The European Council, made up of ministers from European countries, eventually reached a compromise with Parliament representatives and released it at the end of June, formally adopting it last month.

If MEPs approve that compromise on Tuesday, it will quickly become law across Europe and also override a number of net neutrality regulations that individual countries have approved by themselves in recent years.

"If adopted as currently written, these rules will threaten innovation, free speech, and privacy, and compromise Europe's ability to lead in the digital economy," warned Tim Berners-Lee. ®