Cisco, Intel, IBM and HP are bridging virtualisation and the software-defined data centre 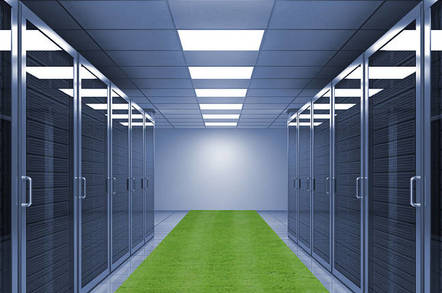 “Composable infrastructure” is a term you're about to start hearing a lot more, and the good news is that while it is marketing jargon behind the shiny is pleasing advances in server design that will advance server virtualisation and private clouds.

Servers have changed shape and components in the years since server virtualisation boomed. But now they're changing more profoundly.

Exhibit A is the M-series of Cisco's UCS servers, which offer shared storage, networking, cooling and power to “cartridges” that contain RAM and CPU. Cisco's idea is that instead of having blade servers with dedicated resources, the M-series allows users to assemble components into servers with their preferred configurations, with less overhead than is required to operate virtual machines that span different boxes or touch a SAN for resources.

Cisco's Todd Brannon director of product marketing for unified computing calls the composable infrastructure approach “physicalisation”, because it's about defining a physical server rather than creating virtual servers.

The Borg isn't alone in its ambitions. HP has announced it plans to get into the composable caper and like Cisco uses the “composable infrastructure” moniker. But this isn't a closed shop: Intel and IBM have expressed similar ideas even if they're not sharing jargon.

Another scenario in which the composable concept has potential in embedded applications. Today a car contains many computers. A computer capable of being re-composed has the potential to reduce the bill of materials by assembling itself configurations most useful at the time they are required. While on the road, resources are dedicated to staying there safely. When undergoing maintenance, the computer would re-compose itself to do diagnostics. Same outcomes, fewer parts.

In the opinion of The Reg's virtualisation desk, composable infrastructure looks like it is going to be a thing and the term has a decent chance of catching on. Lucky you, as you get to consider and/or implement it. ®