We can't all live by taking in each others' washing

Although, actually you know, we already do 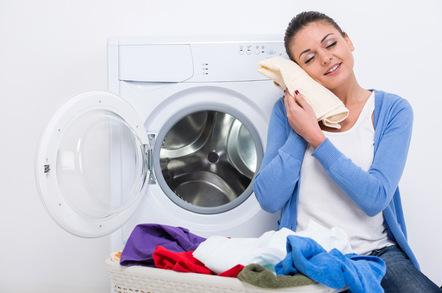 Worstall @ the Weekend There's an old jokule, vaguely traced back to Mark Twain, that the people of the Isles of Scilly used to eke out a living by taking in each others' washing. Yes, another economic thigh slapper: but the really weird thing is that for all of us seven billion humans in aggregate, we do really do that.

This is something that makes the insistences that only manufacturing, or even agriculture, produce “real value” so very strange. Along with that insistence that something such as finance, or The City, isn't creating real value in the same manner.

For it really is true that all we gain in consumption in our lives is the result of our producing something that other humans desire to consume. Yes, OK, the existence of inheritance and capital complicates that a bit but that is simply the stored labour of earlier generations.

To whisk ourselves back to the proto-dawn of it all, we've that naked proto-human on the savanna and all needs are provided by the labour of that one person.

Although not quite: we're pretty sure that one human alone isn't going to survive very long. Orangutans might live a solitary life in the forests but we're from the other side of the ape lineage, the one that lived in groups.

And inherent in living in a group is the division and specialisation of labour. The would be a gender imbalance in occupation of course, but also into that of hunter and gatherer.

And from that comes Adam Smith's point about the innate tendency of our species to truck and barter. Because if there is division and specialisation of labour, then there's inevitably trade of the resultant production.

If I desire to have berries and you desire meat, while I exclusively hunt meat and you find berries, then obviously we're going to have to trade meat and berries at some point.

Thus the income of any of our plains-dwellers was what they could appropriate from the environment by their labour and the value that others put on that in trade.

Fast-forward to our modern economy. Yes, the above existence of capital does complicate matters somewhat but we'll not go far wrong in agreeing with Karl Marx that that is simply the saved labour of yesteryear (although we might not go on to insist that it is squeezed as bitter tears from the orphan waifs in the factories).

We now measure the economy, GDP (or GNP, or NNI etc) as being any one of the three of all consumption, all production or all income. For the obvious reason that people lie about taxes they don't all agree but they are conceptually the same thing. Which means, of course, that we are in fact living by taking in each others' washing.

For consider the implication of the entire economy just being the incomes of everyone. And this is true: when you delve down into the bowels of the economic numbers all of the economy does in fact become an income to someone.

You might think that your new copper paperweight includes in its price some amount for the value of the copper itself. And you'd be right in one sense, in that that will be one of the determinants of how much it costs you. But all of that sum becomes an income to someone, somewhere. It might turn up as a profit to the bloke who sold it to you, might be in the wages of the miner.

Or perhaps in the profit of the bloke who made the truck that the ore was hauled in, or the rent being paid to the government that owns the country charging the copper royalty, which they then spend on doctors' wages. Everything, the entire economy, ends up as an income to someone.

But, however far down the line we've got to track it, it is human labour and only human labour that produces that economic value. Could be the first bloke who thought of sharpening a stick, could be the labour of the barman who just pulled your pint, but it is all labour.

And if all of the economy flows from human labour and all of it becomes an income to humans then our third measure, consumption, must be the value that we put on those things.