It's all Me, Me, Me! in Doctor Who's The Woman Who Lived but what of Clara's fate?

Ahh yes, the hybrids have it 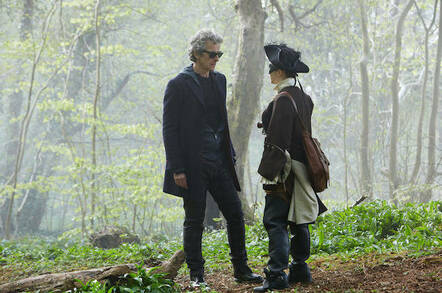 No surprise, then, that Ashildr turns bad.

If we’ve learned anything about vampires, it’s that their world-weary, callous and arrogant demeanour comes from outliving everybody else.

Ashildr predictably hits the wrong track, having been left on Earth for 800 years, during which time she sees her own children taken by the Plague.

She’s lost her humanity and her empathy by the time of Cromwellian Britain. By now Ashildr is acting like a precocious teen that could go to the light or dark side depending on whether she gets her way, or enough attention from dad. Only, rather than paint her bedroom black, she’s taken the nihilistic moniker: Me.

Alas, with the Doctor, Me’s not getting neither her way – to space and time travel with the father figure, or the attention: the Doctor last left her tending a leper colony.

She’s angry, talented, bored (with Earth), accomplished (an excellent archer and robber) and wants adventure and company – but not a man.

The Woman Who Lived is a pleasing part two to last week’s The Girl Who Died in terms of driving home the consequences of the Doctor’s actions.

This episode romps along at a pleasing pace: gone are anachronistic Vikings, and in are anachronistic early-modern Britons. Romping highwaymen, corruptible militia men, bumbling servants and blunderbuss-wielding sleepers.

As for Ashildr, (played by Maisie Williams), she looks and acts wonderfully sumptuous, reprising Margaret Lockwood's role from 1945 film The Wicked Lady.

'When things get really bad, I tear the entries out.'

We have moments of comedy interplay and snappy editing, such as the three-way between Ashildr, Sam Swift (Rufus Hound) and the Doctor over who is fastest in a scene-shifting power. This is beautifully reprised in the run up to Sam’s hanging: a scene that actually makes me feel sorry for the useless but good-hearted robber as he clings to the last moments of his life.

The fact Sam is now immortal sets things up for the return of a character who, I suspect – given his generally sunny and Falstaffian character – could make for a lighter and jollier ying to the burdened and obsessive yang of Ashildr.

The final scene between Ashildr and the Doctor sums up a large part of the interplay between these two during this episode: their debate over life.

Only, is Ashildr messing with the Doctor? Is her Saul-like conversion on the gallows genuine or even permanent? It jars with what’s been set up. 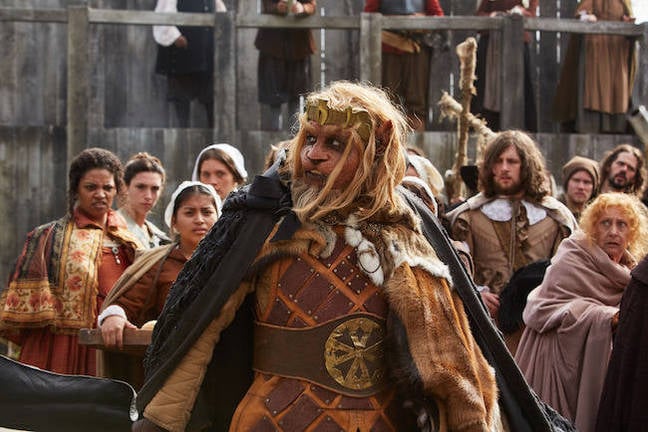 Doctor Who, Season 9 – The Woman Who Lived. Pic credit: BBC

Their last scene provides hope that the writers won't shy away from what must be done. She has set herself up as an opponent of the Doctor. He saves the Earth; she saves the people who travel with him and who he runs away from.

Ashildr possesses a broken moral compass but a moral compass, no less. She's therefore taken this particular role on as her crusade.

They are on a collision course, Ashildr and the Doctor, and their destination is Clara Oswald. Clearly.