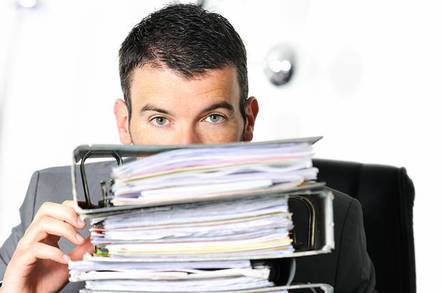 The internet community has published the key details of its plan to improve accountability at the domain-name overseer ICANN when it takes control of the critical IANA contract next year.

That's the contract that gives ICANN the reins to the planet's DNS, IP address allocation, and the nitty-gritty details of today's communications protocols. Making ICANN accountable to the wider world is crucial to the future of the 'net.

After a year of work and a number of contentious interactions with ICANN's staff and Board in recent months, the cross-community working group in charge of the process has produced a ten-point plan.

Of most significance is the group's shift from a "member" model that would give the internet community a legal right in the organization's running, to a "designator" model that gives the community soft power and an ultimate sanction of firing the entire board.

Of that model, the co-chairs of the group wrote: "The group reached broad agreement to move forward with the Sole Designator as the new reference enforcement model for the next draft proposal. The group will next attempt to finalize 'patching' the model to alleviate any outstanding concerns on their next draft proposal."

That decision is a victory of sorts for the organization's staff and Board, who have fiercely resisted any effort to take away their absolute authority. They will remain in full charge but will for the first time face the prospect of being removed from their jobs if they ignore the community's demands.

The only suggestion for why the shift was made from member to designator model was that the decision was "informed by concerns raised in the public comment on the second draft report about unintended concentrations of power."

What was probably the clearest sign of what had happened on the broadest level came during a meeting of the country code numbers supporting organization (ccNSO).

In a show of hands, of roughly 50 managers of internet registries, only two were raised when asked if there was a strong objection to either the member or designator model.

One hand was that of ICANN board member Chris Disspain, who has persistently questioned the member model. Unsurprisingly, he was opposed to it. The other hand belonged to one of the ccNSO's representatives on the working group, Eberhard Lisse. He objected to the designator model.

When the room was then asked what preference it had on one model over the other, there was a roughly 2-1 vote in favor of the designator model. The general feeling was that if the community is able to develop a functioning accountability system and force the board to listen to concerns, then it would leave the more stringent member model as a future option.

The efficiency of that designator model is now dependent on improvements in a second key aspect of accountability: the independent review process, or IRP.

The IRP has been ICANN's final backstop mechanism but has been heavily criticized in the past year, even by the former judges that make up its adjudication panels. The working group plans to extensively revise how the IRP functions.

On the IRP, the statement noted: "The group confirmed support for the proposed IRP enhancements, and is now moving into the implementation phase. To spearhead this phase, a drafting sub-group with expert support will be constructed to develop and draft bylaws and detailed operating procedures."

Five of the remaining eight points cover specific new powers that the internet community will be granted, in many cases despite repeated objections from ICANN itself.

Under the proposal – which will be put out to public comment in the next month or so – the internet community will:

The three remaining points covered the upcoming public comment period, the remaining list of concerns over ICANN's accountability that the community will start addressing as soon as the new agreement is in place, and the timeline and process from this point on.

The group hopes to finalize its plans by January 2016. This should provide just enough time for the rest of the IANA transition to take place by the proposed 30 September 2016 deadline. ®