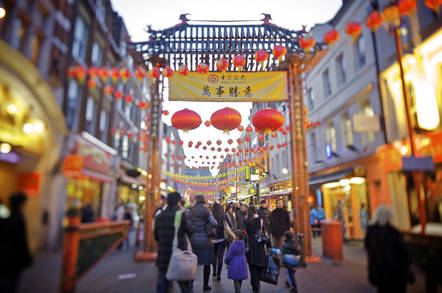 +Comment Intel has dropped a flash bombshell by announcing it's going to make 3D NAND chips in China, implying it will add 3D XPoint chips to the mix later and raising doubts about its Micron partnership.

In a blog by Intel SVP Rob Crooke, the general manager of Intel's non-volatile solutions group – such credentials underline the strength of the message – takes just five paragraphs to blow a gaping hole in the Intel-Micron partnership.

Para 4 is the neatest one in this textual sandwich:

... we now will utilize Intel’s facility in Dalian, China to help expand our manufacturing capacity in non-volatile memory. The expansion is part of our global multi-source supply strategy and will allow us to best serve our customers. We expect initial production of the 3D NAND technology in Dalian in the second half of 2016.

Intel's Dalian plant has been manufacturing old technology chips, using a 65nm process, while current processes elsewhere in chipzilla's fabs use 14nm. Ths plant is going to be re-equipped to build 3D NAND chips, probably using a process in the 40-30nm area.

At the moment Intel is in a partnership with Micron, now known as Intel Micron Flash Technologies (IMFT), and takes flash chips through that to build its SSDs. The two companies have recently announced they are building 3D XPoint chips which are claimed to access data 1,000 times faster than flash in a chip that has higher capacity than DRAM, not quite as fast but less expensive.

Such chips can be used as persistent memory, attached to a server's memory-CPU channel and part of the server's memory address space, obviating the need for the server OS's IO stack to be used when reading and writing data to XPoint; it's just a fast memory transfer, not a slower IO request.

This is leading-edge technology and Intel and Micron made a joint announcement. Three months later Intel has signalled that it's ready to strike out on its own course.

Crooke's blog said that non-volatile memory SSDs "are a strong adjacency to Intel’s core computing business and a key part of Intel’s strategy to be a foundational supplier of the infrastructure that powers the smart, connected world [and can] drive business growth for Intel."

And now it's going to expand its non-volatile memory chip manufacturing capacity on its own, not with Micron and inside IMFT. Initial 3D NAND shipments from the plant should start in the second half of 2016. So we exopect Intel Optane 3D XPoint SSDs and 3D NAND SSDs next year as well, underscoring that Intel sees XPoint as a memory tier and NAND as a storage tier with 3D tech bumping up NAND capacity.

We have a long-term plan for this facility and may invest up to $5.5bn over the coming years to transition this site to support leading-edge non-volatile memory production.

Micron did not contribute to Crooke's statement, which is a telling omission when you think about it.

It's easy to imagine that making such XPoint chips and integrating them with x86 processors is a natural fit with Intel's expertise and capabilities, and looks like a way of building its revenues when processor demand growth is slowing.

World-wide NAND production capacity will rise because of Intel's Dalian fab coming on-line as a NAND shop. That could have a downward effect on prices. Secondly Intel could supply its own OEMs with such chips thus competing more with Micron's own OEMs.

Third, Intel could integrate XPoint better with its x85 processors and/or do joint processor/memory purchase deals for OEMs.

A major XPoint need is system software to use the stuff so that existing app software doesn't have to change, or keeps any future change minimal. Micron has a large software development operation and Intel may compete with that with its own software efforts.

For Seagate, with its strong understanding of vertical integration from disk drive manufacture, and strategic NAND relationship with Micron, this Intel move, along with Western Digital's planned SanDisk acquisition, must surely emphasise its strategic need to have its own flash fab capacity, either through aquisition or partnership. That would give it reliable chip supply and scope for integration of chips and controller tech to deliver better flash drives.

Maybe SK Hynix can expect Seagate to come knocking on its door. ®