R&D money for science – from your taxes?

And yes, economics is a science 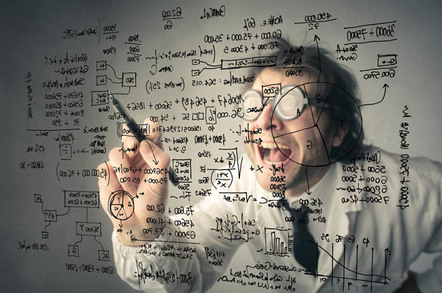 Worstall on Wednesday The Observer treats us to another one of those give us more money pieces. This time it's a call from Athene Donald, a professor of experimental physics at Cambridge, telling us all how neither the government nor private companies spend enough money on research and development.

Therefore, of course, we must all be taxed so that experimental physicists get more money to spend. The justification is, of course, that the UK just isn't spending enough in this area and we are spending less than our competitors and this is terrible.

At this point we'd really rather hope that a scientist would do some of that sciencey stuff. And economics is indeed the science of how we allocate scarce resources like the people's tax money to produce the things we all desire.

Yes, certainly, there's the public goods argument that a pure free market won't do enough basic research because it's, umm, a public good, and thus too hard to make a profit from. Once the new knowledge is known then everyone knows it: it's "non-excludable and non-rivalrous" in the jargon. However, that argument goes into reverse when we try to apply it to how much we spend as against how much other people do.

That is, the very thing which makes knowledge a public good is exactly why we benefit from other people spending on it without our having to.

It's also true that productivity rises as a result of innovation and that basic research is one source of that innovation.

However, as above, economics really is a science and this is a problem that has been studied within that science. Here's the OECD for example:

Our research shows that the slow productivity growth of the “average” firm masks the fact that a small cadre of firms are experiencing robust gains.

OECD analysis shows that the productivity of the most productive firms – those on the “global productivity frontier” in economic terms — grew steadily at an average 3.5 per cent per year in the manufacturing sector, or double the speed of the average manufacturing firm over the same period. This gap was even more extreme in services.

Private, non-financial service sector firms on the productivity frontier saw productivity growth of 5 per cent, eclipsing the 0.3 per cent average growth rate. Perhaps more importantly, the gap between the globally most productive firms and the rest has been increasing over time, especially in the services sector.

Some firms clearly “get it” and others don’t, and the divide between the two groups is growing over time.

And that, in turn, looks like it's being driven by the way in which those firms at that productivity frontier are pulling away from those just plodding steadily along.

And yes, economics is indeed a science and it tells us something about this too. It says that we need to have more competition in the economy to encourage this greater speed of diffusion.

We know this from trade theory: it tends to be the firms at that global productivity boundary that do the exporting, and a known effect is that to survive firms in the importing countries have to buck up their ideas and get with the new innovations. We also know it from the theory of both monopolies and economic rents.

If you've got a nice little earner protected from competition then why would you bother to change your ways? Far better to just pump the profits out to the shareholders than employ any boffins.

Thus that science of economics does indeed tell us what's wrong. It isn't that there's too little basic research, the firms operating at the white heat edge of the technological revolution are advancing just fine. It's that too few firms are at that edge: and competition is the way to force fat-arsed management and capitalists to be so.

At this point we get to tell our scientist that if she had done the science about science funding she would have disproved her own hypothesis. Which, I think, is how the process is supposed to work, isn't it? ®