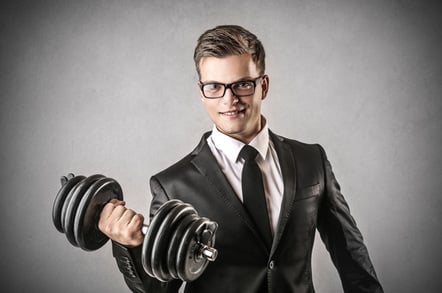 The government has signed a deal for open source Libre Office to be made available across the public sector, in what looks like an attempt to "nudge" mandarins off Microsoft Office.

The open source software deal, which is being provided by one of the open sourcer's partners, Collabora GovOffice, is apparently intended to "complement or replace" existing office applications, said the Crown Commercial Services in a statement.

According to the release, the deal offers the potential for "considerable cost savings" – something that is unlikely to be realised while the vast majority of the public sector still has existing licensing agreements with Microsoft.

However, a few central government departments have begun to flirt with Microsoft alternatives.

In March the Cabinet Office shifted off Microsoft earlier this year to Google Apps for its 2,000 users - as has the Department for Culture, Media and Sport. HMRC has also made noises about shifting to Google.

For example, some police forces are paying more than four times more than other constabularies of a similar size for Oracle and Microsoft licences. ®