So just what is the third Great Invention of all time?

First we had agriculture, then the scientific method, now … 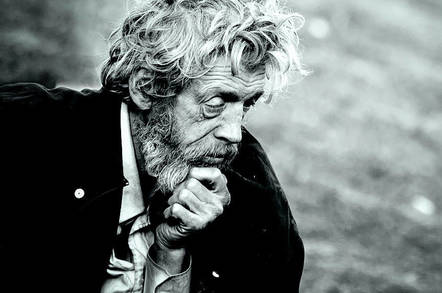 Worstall @ the Weekend So here's a fun little game for a Sunday morning: what was, or is, the third great invention of all time? I have a candidate for it and it's very much to do with what youse guys do all day. But I'm not entirely sure that it is the proper winner of third place: certainly, most economists wouldn't rate it there at all.

Of course, if we're going to have an argument over which is third, we need to have some sort of agreement on what are the first two. But that's OK, they're well known; agriculture and the scientific method. For that second we can substitute the Enlightenment if we prefer, the concept that evidence matters, even humanism if you really want to stretch it.

The interesting thing about both of them is, to me at least, that they're not really what we would normally call “an invention”. They're more an approach to something rather than the result of a Eureka! moment, with all the implications of bathtubs and elderly male scientists running down the street in the nuddy that implies.

It's not the plough, cross breeding of plants, not Newton's equations nor the prism to study light with. It's the much more basic concept behind the ideas that led to those specific examples.

With agriculture it's the very idea of encouraging along the things you want to eat rather than just fossicking around until you'd found them.

Or, as it happens, drink, for I'm rather fond of the most modern theory, which is that agriculture started with grain and that grain was first used for beer. Booze did indeed build our world which may be why there's the occasional wonky bit in it.

Similarly, the scientific method isn't so much a thing as an approach to doing something. Evidence, hypothesis, testing and so on. Plus the insistence that things really do have some rational causes, ones that don't change at a whim.

It's rather necessary to get God out of the system, or at least out of the detailed operation of it, before that idea can properly take hold and thus the connection with humanism.

At which point on to our possibilities for the third great invention. And yes, I know that there was an international competition to find the greatest 20th century one, won by the paperclip, but I don't think we're going to include that one.

There's the answer that the accountants love, which is that it's actually double entry bookkeeping that is third. It's a surprisingly late development in fact, there's no evidence of it at all before 1299.

And the first proper set of “books” that we have are for the Republic of Genoa in 1340. It's slightly bizarre to think that the accounts of the Roman (and other “civilised” such) Empire just didn't have the concepts of balancing, of debit and credit and so on.

There's the usual Italian style squabbling over who first really popularised it, the usual story being that it was a Franciscan friar, Luca Pacioli, who wrote the original definitive guide.

You might not think that this is all that important an invention but it's one of the essentials of being able to have any form of impersonal management of economic activity. Unless there's one agreed manner of counting the money, the debts, the performance, then a business cannot be any larger than what one manager can oversee.

A second one which the financiers and economists prefer is the limited liability company. That's rather later of course: and the importance here is not that it allowed capitalism. Rather, it allowed large scale economic organisation of any type.

You can have, and much of the world does actually run as if it does, small scale economic activity without limited liability. It's better if you have it but it's not an essential. In order to have large scale economic activity, something utilising the economic performance of tens of thousands, you need to have large amounts of capital. Certainly more than any other than a very few of any society have ever had access to.

Sure, various feudal and earlier societies could build a pyramid, or a canal, and the Romans were quite sophisticated in many ways. But they still had 85 per cent of the population on the land, and they really didn't have any large scale economic structures other than the African (first Egypt, then the Maghreb) grain trade to feed Rome.

Thus, to get that large scale activity going you've got to be able to mobilise the economic resources of many people into the same project at the same time. And it's that which requires the limited liability.

For if there's hundreds of people contributing capital then they won't if they're liable to an unlimited extent for what the organisation does. Well, OK, outside the British upper middle classes who piled into Lloyds insurance market, but that didn't turn out well either.

It works the other way too: a sophisticated economy has people diversifying as well. And nobody's going to invest into tens or hundreds of operations if they have unlimited liability for all of them. And other than societies where the state took responsibility (which, as in the Soviet system, had its own problems) nobody has had large scale economic activity without limited liability.

Please do note that this isn't necessarily about capitalism. A market socialism, where the workers own the companies, would still face the same problems.

Which brings us to what might be the most recent, decent (although of course I might have missed some!) possible nominee, which is the relational database, the RDBMS, that so many of you spend so much of your time upon.

I was prompted into this musing by a history book I've been reading, by this line: “Finding any particular piece of information would have been virtually impossible, especially since Roman archivists filed only by year”

Next page: What have the Romans ever done for us?
Page:
Tips and corrections
160 Comments

Scout Association's shelved database won't be back until next year

Full security test needed before the big switch on

OAMigod! Microsoft has a cloud app spec for you – and hopes Rudr can't fail

The Open Application Model isn't a standard, but it could be