Founder offers a little ditty to get party started 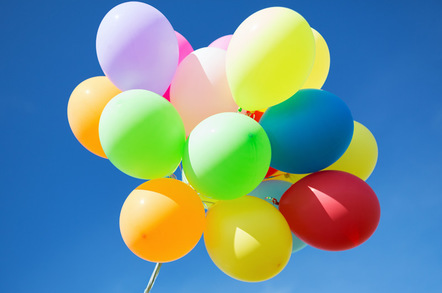 OpenBSD's source tree just turned 20 years old. Today the project has 322,000 commits and contributions from more than 350 hackers since 1995.

Its founder, Theo de Raadt, may be known for his cantankerous outbursts, but he's currently in a reflective and even – dare we say it – celebratory mood.

de Raadt gave us a flavour of what it was like to work on the OpenBSD project in the early days:

I recall the import taking about three hours on an EISA-bus 486 with two ESDI drives. There was an import attempt a few days earlier, but it failed due to insufficient space. It took some time to repartition the machine.

It wasn't terribly long before David Miller, Chuck Cranor and Niklas Hallqvist were committing ... then more people showed up.

He added that one of the first developments involved improving 32-bit SPARC.

The OpenBSD project, the Foundation for which is backed by the likes of Microsoft, Facebook and Google, now stands on average at 44 commits daily, de Raadt said.

He continued his walk down memory lane by saying:

"Chuck and I also worked on setting up the first 'anoncvs' to make sure no one was ever cut out from 'the language of diffs' again. I guess that was the precursor for the github concept these days :-).

"People forget, but even FSF was a walled garden at the time – throwing tar files with vague logs over the wall every couple months.

"I was lucky to have one of the few 64Kbit ISDN links in town, otherwise this would not have happened. My desktop was a Sparcstation 10; the third machine I had was a very slow 386."

Later today, version 5.8 of OpenBSD is due to be released.

But how to mark that 20th anniversary? Yup. There's a song. Be afraid, be very afraid. ®