Spectra's BlackPearl: Sailing through oceans of data just got easier 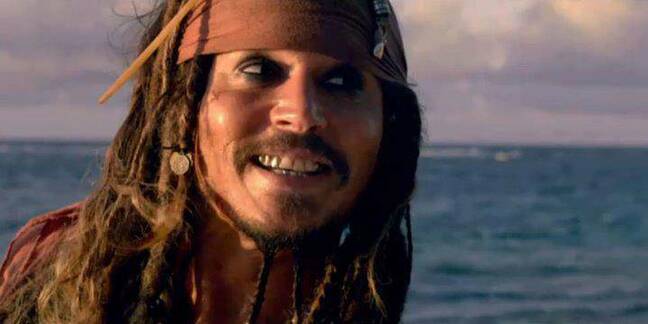 Spectra Logic's specialty is dealing with oceans of cold data. Its Black Pearl product tech enabled object storage to use tape and it's now embellished this with Arctic Blue, providing disk access speed and object scalability for nearline data in a Black Pearl disk-to-tape environment.

The system is front-ended by a BlackPearl product, a hybrid flash/disk, front-end cache that stores files as objects on back-end tape devices.

In effect, Spectra has added a nearline object store to its BlackPearl archival object store.

Customers need a 4U BlackPearl head unit, which provides host access through the S3 protocol. This is integrated with up to five 4U ArcticBlue chassis to provide 6.144PB of raw capacity in a 42U rack.

SMR drives have more read tracks than ordinary disk drives, taking advantage of write tracks on disk being wider than the read track for the written data, by partially overlapping write tracks, like shingles (tiles) on a roof. This gives them more capacity than a non-shingled drive. 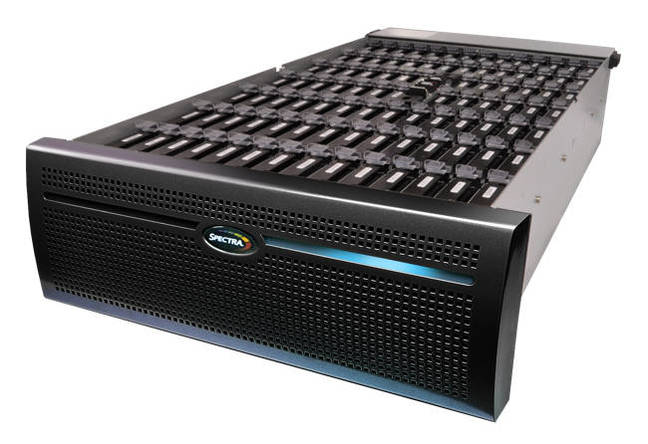 The write tracks are grouped in bands and a whole band has to be rewritten if any data in the band changes, slowing down the write process. This makes the drives unsuitable for fast, online access applications but OK for nearline storage. Spectra said the SMR drive rewrite process is roughly similar to rewriting data on a tape.

It also says SAN and NAS stage cannot support the latency of powering up drives. However, its RESTful interfaces work better with high-latency storage technologies including MAID and removable media, like tape.

The ArcticBlue product also powers down drives when not in use to extend the drive's longevity out to (a claimed) seven years. This is the MAID or Massive Array of Idle Drives concept. Spectra said this also reduces energy consumption by over 70 per cent per per rack and reduces drive failures 1,100 per cent over the seven years, which is outstanding.

The disk drives are grouped into four bands, each with 768TB of raw capacity, and each of which can be powered up or down independently.

There is a minimum starting capacity of two bands, which allows one band to be powered down, thus ensuring that no drives need to be powered 100 per cent of the time. After that the system can be expounded one band at a time, adding a chassis unit when a current one is full.

Within a disk band there are 23 drives plus one spare. Three of the 23 are parity drives with automatic intelligent data rebuilds. Raw capacity is 640TB with parity removal. A full-rack configuration delivers 6.1PB raw capacity, before compression of data.

Incoming data objects are stored in one of the bands with BlackPearl having a 4-copy policy in its ABM (Advanced Bucket Management) software, and triply-redundant local erasure coding. Having a second copy of the data on tape increases data availability at low cost.

Spectra said online performance is maintained using fast-access wide stripe-bands that can all be powered up for mass random reads, and fast network access, including 10GbitE and 40GbitE options through BlackPearl.