Job alert: Is this the toughest sysadmin role on Earth? And are you badass enough to do it?

(Aside from sendmail admin) 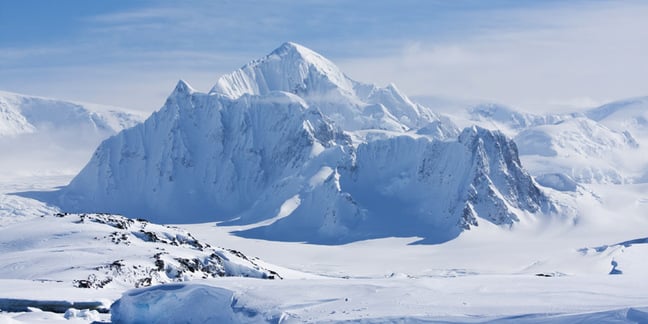 For some people, landing a job in IT means going to the ends of the Earth. In this case, quite literally.

Scientists in Antarctica hope to hire two tip-top techies to fill system administrator roles – one at the McMurdo research station and the other in a similar base at the South Pole.

You must be a US citizen (for security reasons) and hold a bachelor's degree to stand a chance. Other skills required include the ability to manage networks with Windows, OS X and Red Hat GNU/Linux systems as well as VMware virtual machine instances. Most of the work will involve setting up and supporting the IT infrastructure for various research projects taking place on the two bases.

You should be able to lift 25 pounds, have good written and communication skills, be comfortable working in close quarters under extreme conditions (we think that one will be pretty important) – oh, and if you've got it, "experience in search and rescue, mountaineering, small boat operations, firefighting, or emergency medical response."

The McMurdo gig will run from December 2015 to April 2016, which are the summer months in the Southern Hemisphere. The South Pole job runs from October to November of next year (and possibly longer). This isn't long-term work, though we can't imagine why you would want to hang around for more than a few months on the punishing landscape of Antarctica anyway.

Provided you're able to brave the cold and other possible occupational hazards, the positions will look great on any future CV and a surefire conversation-starter for the rest of your life.

It goes without saying the roles will be in an extreme environment. Aside from being locked away in perhaps the most remote spot on the planet, Antarctic workers have to deal with the added pleasures of living in confined quarters with alternating swings of constant daylight and relentless darkness.

On the plus side, there's apparently plenty of booze to be had. ®