GCHQ can and will spy on politicos, rules tribunal

What about protection for whistleblowers? - MP 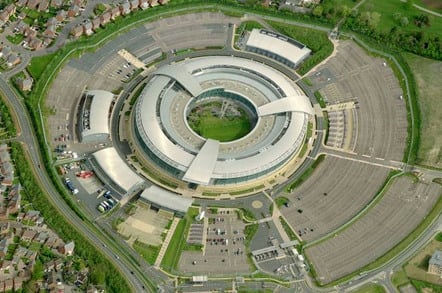 The Investigatory Powers Tribunal (IPT) has ruled that GCHQ is allowed to collect the communications of MPs.

Wilson promised that MPs' and peers' phones would not be tapped by the security services. However, he also said that he might secretly remove this rule, and only tell parliament that he had done so at some later point decided by him.

The IPT has ruled in a legal challenge brought by Caroline Lucas MP, and Baroness Jones – to which a separate complaint by former MP George Galloway was appended – that the Wilson Doctrine has no legal effect.

Earlier this year, James Eadie QC suggested this would be the outcome of the Tribunal.

The IPT declared that the Wilson Doctrine could only be considered to apply to "targeted, and not incidental" interception of parliamentary communications.

Despite a claim by Home Secretary Theresa May, that the Wilson Doctrine was "in effect", the Tribunal claimed that it has no legal effect, "save that in practice the Security and Intelligence Agencies must comply with their own Guidance, which has now been disclosed in the Judgment."

"This judgment is a body blow for parliamentary democracy," said Lucas. "My constituents have a right to know that their communications with me aren't subject to blanket surveillance – yet this ruling suggests that they have no such protection."

Parliamentarians must be a trusted source for whistleblowers and those wishing to challenge the actions of the government. That’s why upcoming legislation on surveillance must include a provision to protect the communications of MPs, Peers, MSPs, AMs and MEPS from extra-judicial spying.

The initial complaint followed revelations from Edward Snowden about the TEMPORA programme, which bulk-collects all communications produced in and transiting through the UK.

New Snowden documents published in late September showed that GCHQ – while concerned about judicial oversight – noted internally that the IPT had always found in its favour.

Although the ruling came after the production of the leaked slide, a complaint by Privacy International over bulk data collection resulted in the IPT finding that GCHQ had acted illegally. However, PI was not allowed to file a complaint on citizens' behalf; a website has been set up to help Britons to do this themselves. ®