If you find Leonardo Di Caprio down there in a nested VM, please let us know 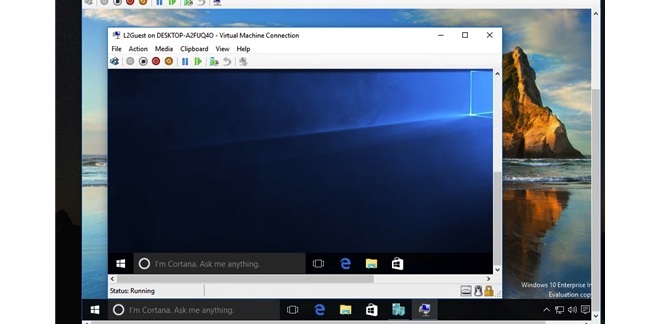 Microsoft has added nested virtualisation to Windows 10 as a prelude to revealing its Hyper-V Containers technology.

As we've previously explored, Hyper-V containers will be deployable by Docker. The technology will sit alongside Windows Server Containers, which will offer a more Microsoft-centric containerisation approach. Microsoft's desktop hypervisor, Client Hyper-V, appeared in business-oriented versions of Windows 8 and is a downloadable add-on for Windows 10. Redmond offers Client Hyper-V for developers, who appreciate being able to run different OSes in one machine, and for businesses that need to give users access to oddities without also giving them two computers.

But Client Hyper-V is only good for virtualising one layer deep: you can't run guests inside guests.

The trick here is to make sure guests can “see” the Intel VT-x and AMD-V virtualisation extensions that the companies' CPUs offer guests to help speed VM operations. By doing so in Windows 10, Microsoft makes it possible for developers to spin up the many Hyper-V containers it is expected containerised apps will require.

Build 10565 of Windows 10 offers the new functionality, which is billed as a preview fit only for footling thanks to the presence of many known issues.

Nested virtualisation is sometimes called “virtuception” in homage to dream-within-a-dream flick Inception. If you put this new tech to the test and find the film's star Leonardo Di Caprio down there, please let us know. ®