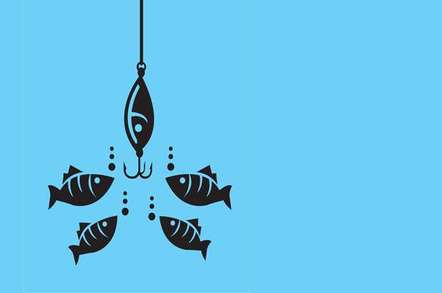 Net nasty numero uno, the Angler Exploit Kit, has infected advertising on the Daily Mail's website, causing the site to serve up malware to its readers' machines.

A security blog posted by internet security company Malwarebytes reported that a sophisticated malvertising attack had been found afflicting advertisements on DailyMail.com.

The particular poisoned advertisements discovered had presented users with a fake ad for shoes, accompanied by a "somewhat suspicious domain" which did not align with the advertisement's content.

The issue that afflicted the Mail website was reportedly an SSL malvertising attack via Microsoft Azure, which leverages Azure's cloud platform to piggyback on the popularity of otherwise computationally clean websites.

The Register's Darren Pauli wrote earlier this year about how "more hackers than ever are targeting the internet's money engine, using it as a powerful attack vector to hide exploits and compromise huge numbers of victims."

Malwarebytes' Jérôme Segura stated that the Angler Exploit Kit leveraged malvertising "thanks to several different threat actors who use clever ways to go undetected as long as possible, or are able to quickly adapt and get back on their feet if one of their schemes gets too much attention and is disrupted".

A previous attack affecting Match.com resulted in that site taking the precautionary measure of "temporarily suspending advertising" while it investigated the issue.

Segura noted that Media Math – one of Mail Online's advertising partners – had been in contact on Monday, 12 October to state that "the malicious creative had been disabled."

The Register has contacted the Daily Mail for comment, and will update this article if and when we receive a reply. ®