Volvo to 'accept full liability' for crashes with its driverless cars

But decide on rules so we can make the dang vehicles 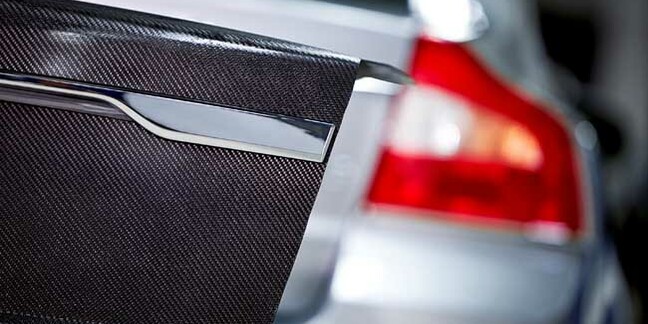 Volvo will "accept full liability" for collisions involving its autonomous vehicles, the company has confirmed.

The announcement was made by Volvo's president and chief executive Håkan Samuelsson during a speech in Washington on Thursday.

Ben Gardner, expert in autonomous vehicles technology and regulation at Pinsent Masons, the law firm behind Out-Law.com, said the Volvo is seeking to clarify an issue that is complicated under UK law.

"Volvo wants to remove the uncertainty of who would be responsible in the event of a crash," Gardner said. "At the moment it could be the manufacturer of the technology, the driver, a maker of a component in a car.

"In this country, the party causing an accident is responsible once all of the circumstances of the particular case have been examined. But moving to a strict manufacturer liability approach would remove the need to consider who is responsible for the collision. This is something not currently recognised in the UK approach to liability," he said.

In his speech, Samuelsson called on the US to develop a new nationwide framework for the regulation and testing of driverless vehicles.

"The absence of one set of rules means car makers cannot conduct credible tests to develop cars that meet all the different guidelines of all 50 US states,” Samuelsson said. "If we are to ensure a smooth transition to autonomous mobility then together we must create the necessary framework that will support this."

Samuelsson said that the "patchwork of rules and regulations" in Europe has harmed the region's development as a hub for testing and developing autonomous vehicles.

The UK government earlier this year issued a streamlined code of practice for testing "driverless" vehicles on public roads. The code addresses a number of issues relevant to the testing of driverless vehicles - from vehicle and test driver requirements, to insurance, data protection and cyber security issues.

In his analysis of the code published earlier this year, Gardner said that the framework broadly provides for the testing of driverless cars in the UK now, provided a test driver is present and takes responsibility for the safe operation of the vehicle; and the vehicle can be used compatibly with road traffic law. Last month, Gardner said there is evidence that "the issue of connected and autonomous vehicles is rapidly moving up the political agenda" in the UK.

Gardner has, though, highlighted the "pre-existing legal barriers" to the testing and commercialisation of intelligent mobility technologies in the UK which concern other autonomous vehicles.

Plans to connect and observe all the things as-a-service, from low-Earth orbit, while building 500 sats a year

Playing catchup with Britain, or taking a slightly different tack?

At least the human cargo will be safe as houses

Automated trucks and – gasp! – SUVs could be here in five years' time

Software, not wetware, now the cause of lousy Volvo drivers

Skippy on radar, hit the brakes

Volvo offloads IT biz to HCL, then outsources own IT to.... HCL

Vulture at the Wheel Easy on the eye, nice on the backside, tough on the legs