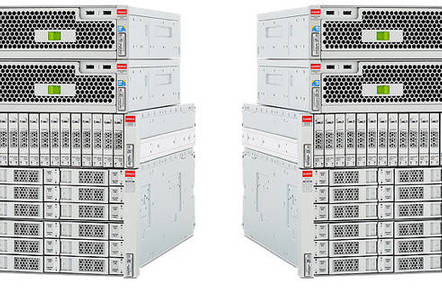 Oracle blogs it’s sold more than a billion dollars’ worth of its ZFS appliance, with almost 15,000 systems installed by more than 5,000 customers.

It is “currently one of the fastest growing products within the Oracle Server and Storage Systems business unit.”

Sounds impressive, particularly with EMC saying it has sold a billion dollars’ worth of XtremIO all-flash arrays in six quarters and that the flash array is the company’s fastest-growing product line.

Oracle claims nearly 300 financial institutions as customers, five semiconductor companies, major movie studios – which use it for post-production digital effects work - international media companies, which use it to deliver digital media content to end users, and many oil and gas companies.

It says “the world’s fastest-growing cloud [stores] more than 200 PB [on the] ZFS Storage Appliance.” Is that Amazon? Sounds unlikely as Amazon is known for building its own kit. We think it could refer to Oracle’s own cloud; in April 2013 a Storage Strategies Now report said: “Oracle has over two hundred petabytes of ZFS Storage Appliances deployed across its cloud, infrastructure hosting, internal product development and global IT operations.”