Dell hooking up with EMC and going public again? Come off it 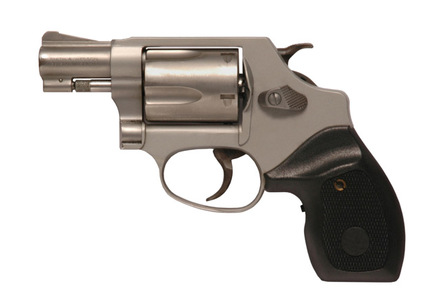 Is a gun being held at EMC's head?

EMC/Dell deal The rumour mill about a Dell-EMC deal is going hyper, with a $51bn takeover by Dell being mentioned. Is Elliott Management holding a gun to EMC's head?

EMC is trying to come up with a shareholder value-unlocking deal under pressure from activist investor Elliott Management, which says EMC investors would be better off if VMware was spun off and sold. Overall, EMC CEO Joe Tucci is resisting this, saying his federation of EMC businesses (EMC II, Pivotal, Virtustream and VMware) is the best structure for the long term.

An earlier mooted acquisition of EMC by HP seems to be off the table.

CNBC reports it has verified that talks between Dell and EMC are taking place, with Reuters and Wall Street Journal stories cited. It’s got every financial analyst you can think of salivating, as they drool over the prospect of an almighty tech firm tie up.

Dell would need prodigious financing because it went private in 2013 for $29.4bn, and took on a mountain of Silver Lake debt to do so. Reuters says an all-cash deal is on the table.

CNBC suggests that Dell would become public again as a result of the deal, which seems flat out bizarre.

It also says Dell would keep control of VMware which gets us thinking that, well, yes, since EMC owns most of VMware, of course it would.

Suddenly EMC’s Federation structure looks weak and shaky. Any potential acquiree knows EMC is negotiating because it has an Elliott Management gun pointed to its head and needs a white knight.

After any acquisition, the possibility of EMC staying intact looks remote. Any acquiree will want to perform open heart surgery on it to avoid Elliott, or someone like it, knocking on their door two years down the road.

There is a theory that the stories are based on leaks intended to get HP back to the deal table after it reportedly walked away. Hey, HP, fancy competing with a Dell-EMC combo? No? Better get your wallet out and pre-empt it.

The Register's storage desk thinks it would be an incredibly difficult job converging the overlapping Dell and EMC storage product lines and both companies' differing cultures. There could be a flood of exec departures – and assaults on EMC’s customer base by aggressive startups would be frenzied if the deal went ahead.

William Blair's Jason Ader says; "A potential EMC-Dell merger would represent the first major domino to fall in what we believe will be a fundamental restructuring and consolidation of the IT infrastructure industry. ... A deal of this magnitude would also effectively "blow up" the current IT chess board, forcing the hand of other incumbent vendors to gain greater scale and/or assemble vertically integrated stacks."

For instance, combining with Dell would give EMC a leading server platform, thus negating the future need for EMC to partner with Cisco on the server side. This could push Cisco to partner more closely with other storage vendors or acquire outright a storage company. Meanwhile, the soon-to-be-formed HP Enterprise business would likely feel pressure to gain more scale amid a potential EMC-Dell combination.

This ending of this overall EMC imbroglio will probably be the last throw of Joe Tucci’s dice and he may well dislike the outcome intensely. We think he will, by now, be looking for the least damaging deal rather than a triumphant exit.

EMC’s quarterly results are due on October 21 and the consequent analysts' call will be a natural venue for some intense questioning of EMC's management. ®