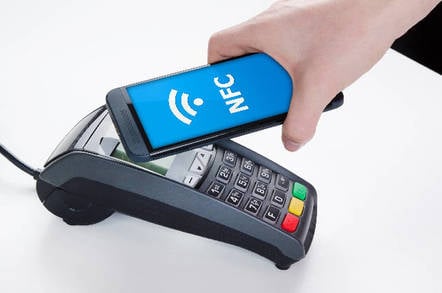 Samsung’s mobile payment system supplier, LoopPay, was hacked back in March this year, it has emerged.

The breach - blamed on a Chinese hacking crew - at the Samsung subsidiary was only discovered in August. Investigators reckon hackers from the so-called Codoso Group were after information to do with the magnetic secure transmission (MST) developed by LoopPay that forms a key part of the Samsung Pay mobile payment service.

MST emulates commonly used magnetic stripe cards so that Samsung Pay can be used with older cash registers, a backwards compatibility advantage for Samsung Pay compared to systems such as Apple Pay, which rely on the latest point-of-sale-terminals to work.

Hackers broke into LoopPay’s corporate network, but not the production system that help manage payments, Will Graylin, LoopPay’s chief executive and co-general manager of Samsung Pay told the New York Times. The breach only came to light after a security intelligence firm tracking the Codoso (AKA Sunshock) Group in a separate investigation found LoopPay data before tipping off the mobile payments developer about a potential problem.

The breach dates from a month after Samsung acquired Burlington, Mass-based LoopPay in February (pdf). News of the breach broke late on Wednesday, thus a week after Samsung Pay launched in the US, just about the worst possible timing for the electronics giant. Samsung is keen to downplay the impact of the attack, stressing that customer payment information was handled by a separate system unaffected by the breach. Samsung Pay débuted in South Korea last month.

Intrusions that remain undetected for months have been a consistent feature of recent high profile attacks, particular those linked to APT-style hackers such as the Codoso Group.

“Our best defence and means for minimising impact on business is differentiating between normal and abnormal activities. When companies analyse user behaviour and know normal activity patterns, they can quickly spot the potentially threatening behaviour and ultimately contain the impact of a breach,” she added. ®

3,500 of the one per cent get a nasty in the mail after three-year breach

What a hang-up: AT&T dumped from Dow index, Apple installed

Booted from bellwether that still welcomes Microsoft, Intel and Cisco