OpenSwitch is a “brite box” NOS that welcomes being forked up 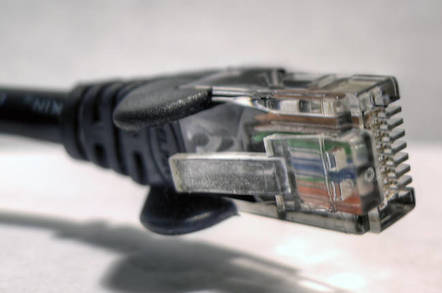 OpenSwitch offers the now-familiar, thanks to the likes of Big Switch and Cumulus Networks, chance to buy a white box switch and run your own operating system on it. In a colossal non-surprise, the NOS is Linux-based. HP will happily install it on its own Altoline switches, or you can have a go yourself on Open Compute Project boxen.

The switch is open source, so anyone can footle with it if they stick to the governance guidelines. HP's intention, according to Philippe Michelet, the company's director of global product management for data center kit, is to let the dice fall where they may but to develop and market its own version of the software. That cut of OpenSwitch will be offered in much the same way that HP delivers its Helion cut of OpenStack.

Michelet added that the initial target for OpenSwitch is hyperscale users, in applications like Border Gateway Protocol (BGP). Over time he expects the switch will mature to the point at which it can take on duties in the data centre, preferably in leaf and spine configurations. OpenFlow will also make its way into the project.

HP is pitching OpenSwitch as its very own contribution to the disruption of the networking industry, while at the same time noting that the disaggregated approach to networking isn't for everyone. Less demanding applications than hyperscale or the enterprise data centre aren't therefore a target.

The middle of 2016 is: HP says that's when it plans to have its own “HP curated” cut of OpenSwitch ready to push packets. When it's ready, HP thinks there's a “brite box” networking market to be led, in which white boxes offer a more complex experience and its curated approach presents a disaggregated option with rather more hand-holding. ®

128 ports of 100 Gbps switching grunt in a single 'Backpack'

Getting the F... acebook out of Kea: Zuck's open-sourcerers retrain load balancer as a server