Now even EUROPE is slapping down ICANN in internet power struggle

Governments and registries tool up for next week's meeting 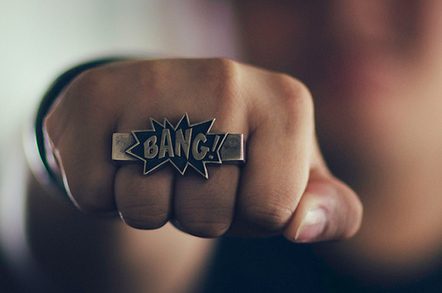 European governments and internet registries have sent a stinging message to the board of domain name overseer ICANN warning it to stop trying to avoid limits on its absolute authority.

At a joint meeting in Brussels of the European Commission's High Level Group on Internet Governance (HLIG) and the Council of European National Top Level Domain Registries (CENTR) on Thursday, the two groups discussed the proposed transition of the critical IANA contract from the US government to ICANN.

An official statement at the end of the meeting makes it plain that both groups are furious at continued efforts by the ICANN Board to undermine proposals that would enable the internet community to fire individual members of the Board, veto the budget, and force reconsideration of certain decisions.

"At a time when the importance of the internet is steadily increasing – at political, social, and economic levels ... it is crucial that the IANA Stewardship Transition process also leads to an improved accountability towards the global internet community," the statement noted before putting the boot in.

"The requirements set forth by the proposals from the CWG and ICG groups [the two community groups working on the IANA transition] can only be met if implemented by credible, enforceable powers in the ultimate interest of all stakeholder groups."

That is a pointed reference to the fact that the Board has proposed its own alternative to the community's "single member" model that would send any disputes to an ICANN-controlled arbitration process, rather than grant the internet community a legal right to force change. That approach has been comprehensively pulled apart by independent lawyers retained by the internet community, who note it would not provide any real enforceability.

The statement continues: "The accountability proposal has gone through the multistakeholder process, it has been legally assessed, and went through two public consultations. The process as outlined by the NTIA was followed and all stakeholders should respect the outcome. The outcome will only have the necessary legitimacy if the bottom-up, consensus-driven process continues to be fully respected."

Or in more plain language: the Board should not try to impose its view at the end of a year-long process.

While Europe has been getting increasingly annoyed with ICANN's self-serving efforts. An attempt by ICANN's chair Steve Crocker to shoot down a watered-down version of the member model also appears to have hardened attitudes by the internet community in the United States.

In an effort to reach a compromise, a key working group member, Steve DelBianco, proposed a week ago that the "member model," which would give the internet community a legal right to enforce changes, be put off. Instead a "designator" model be introduced that would give the internet community many of the powers it wanted (such as firing board members and vetoing the budget).

In addition, a process would be added that would enable the internet community to impose the member model at a later date if the ICANN Board continued to block reform efforts.

That compromise was eagerly seized on by ICANN Board members, who saw it as an opportunity to avoid legal constraints on their powers. But then, in an effort to further reduce the community's enforcement powers, chair Crocker said that he would not accept the weaker "designator" model either.

Crocker then argued that the ICANN community – which elects the board – was not sufficiently representative of the broader internet community to be given veto rights over the Board, causing some to question where the board then felt its legitimacy came from.

Adding to the sense that ICANN the corporation was inadvertently making the case for why it needed to be constrained, a slide from a meeting held between the groups' co-chairs and the ICANN Board argued that if the internet community did not reach agreement with the board, they risked destroying the entire organization and handing over control of the internet to the United Nations.

It was a step too far, and far from putting pressure on the internet community to act, the clumsy approach has been mocked by working group members.

We spoke to key member Steve DelBianco about where he felt the process could go from here. He told us: "The selection of the member model was only ever the means to get some kind of enforceability over the new community powers; there is some flexibility over the model itself."

Given the board's resistance to the member model, he feels that a "somewhat less enforceable" approach could work, so long as it contained safeguards that would enable the community to impose the member model later if ICANN failed to stand by its statements.

But, we asked him, why would the internet community expect anything different from the ICANN Board in future if it is not prepared to accept the member model now with the prize of the IANA contract on the line?

That may seem like a long-winded and complicated way to get ICANN to finally address a slew of problems that the organization had consistently failed to deal with over a decade. But faced with the obvious anger from European governments and internet registries in their statement today, it may be something that the ICANN Board grabs with both hands at its upcoming meeting in Dublin next week. ®