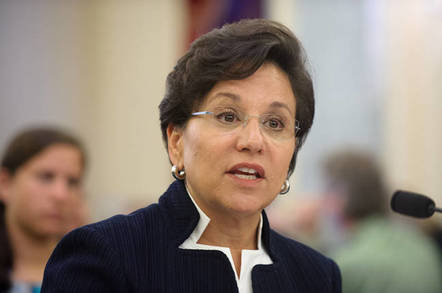 The US government is "deeply disappointed" by the European Court of Justice's decision to effectively kill the long-standing "safe harbor" agreement covering the flow of people's personal data across the Atlantic.

Under European law, personal information on EU citizens must stay within the Continent for privacy reasons. To allow American businesses to access Europeans' information across The Pond, the US had a "safe harbor" pact with the EU that promised to keep people's data secure.

That agreement was in place until Tuesday this week, which now makes life a little tricky for US tech giants with European users.

"Since 2000, the Safe Harbor Framework has proven to be critical to protecting privacy on both sides of the Atlantic and to supporting economic growth in the United States and the EU," US Commerce Secretary Penny Pritzker said in a statement published a few hours after the judgment was announced.

"We are deeply disappointed in today's decision," she noted, adding that it "creates significant uncertainty for both US and EU companies and consumers, and puts at risk the thriving transatlantic digital economy."

The decision has certainly got the political wheels moving, however, thanks to the huge question mark it has placed over the business models of many of Silicon Valley's tech companies.

Pritzker references the discussions that the US has been having with the European Commission (EC) ever since the European Parliament recommended that the agreement be torn up two years ago, and appears to promise that things will now move quickly.

It's not clear which side has been holding up a new safe harbor framework, although it is suspected that European diplomats have been using the framework as leverage in ongoing trade talks.

If anything, their hand has been strengthened by the ECJ's decision – something that Pritzker apparently recognizes in her statement by noting that the US government is "prepared to work with" the EC.

We are prepared to work with the European Commission to address uncertainty created by the court decision, so that the thousands of US and EU businesses that have complied in good faith with the Safe Harbor – and provided robust protection of EU citizens' privacy in accordance with the Framework's principles – can continue to grow the world's digital economy.

Reactions from the rest of the US political establishment have been predictably annoyed.

"Today's unfortunate decision harms consumers who benefit from transatlantic data flows under the US-EU Safe Harbor Agreement," said Senator John Thune, chair of the Senate Committee on Commerce, Science, and Transportation. "I strongly encourage the Department of Commerce to conclude ‎negotiations on a new agreement with the European Union that allows the free flow of data to continue. Until those negotiations are complete, it is imperative that businesses that relied upon the Safe Harbor have clear guidance on how to continue operations."

"By striking down the Safe Harbor Agreement, the European Union Court of Justice today called for open season against American businesses," he complained. "This misguided decision amounts to nothing less than protectionism against America's global data processing services and digital goods. It is a mistake that will wreak havoc on businesses on both sides of the Atlantic, and cost good-paying American jobs." ®