US Cyber Command floats $460m contract to outsource most of itself

WW3 will be fought by contractors 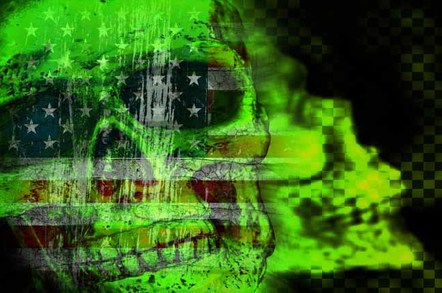 The United States' Cyber Command has floated a $460m contract to outsource pretty much all of its duties, as the nation seeks to bulk up its offensive cyberspace capabilities.

A 114-page draft support contract (PDF), and an 86-page draft task order (PDF), for the US Cyber Command (USCYBERCOM) were published on 30 September, according tothe Defense One website.

At that time, Admiral Rogers, who also heads the NSA and Central Security Service, stated USCYBERCOM must "move forward quickly with our partners to build our military capabilities."

While specifics on the capabilities are not revealed, they are detailed as "providing Cyber Joint Munitions Effectiveness support."

The Cyber Joint Munitions Effectiveness Manual (JMEM), a project to develop the US military's conception of cyber as a warfare domain, was summarised in the Summer 2013 issue (PDF) of the Modeling and Simulation Journal.

The summary, which was written by the Pentagon's Dr Mark Gallagher, and an offensive cyber operations bod from USCYBERCOM, Dr Michael Horta, detailed the complications involved in cyberwar and encouraged the use of "equivalent models and data [that] exist for planning nuclear operations."

A core discipline required of the USCYBERCOM contractor would be in providing cyberspace operational support, which the draft suggested includes “recommending, developing, evaluating, analysing, and integrating cyber weapons/tools/capabilities.”

The contractor's "required core disciplines" include ("but are not limited to"):

The contractor is also expected to answer to the regular requirements for contractors, which include security vetting. The draft also includes the expectation that the contractor would produce presentations in support of management briefings.

Notably, such presentations that made up the majority of Edward Snowden's leaked documents. ®

Taiwan to ramp up cyberwarfare efforts

M*A*S*H with hackers instead of medics