By the numbers: The virtualisation options for private cloud hopefuls

VMware, Hyper-V… XenServer? The choice is yours 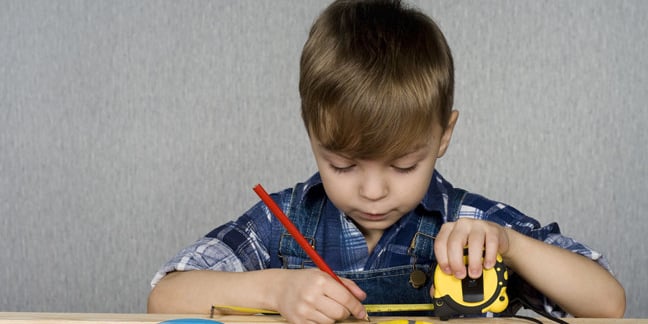 VMware, Hyper-V ... XenServer? When it comes to virtualisation, these are the three most frequently cited options. And this would have been OK in the days before cloud, when virtualisation was “just” something for the boys and girls down in the sysadmin branch of the IT department cared about. Now we do have cloud, and private cloud at that, everybody reckons they have a stake in deciding what’s best.

So... what is best? Wrong question. First thing to ask is why VMware, HyperV and XenServer?

Formed in 1998, and launching its first desktop virtualisation product – VMware Workstation – a year later in 1999, VMware is the old guard and the standard everyone is familiar with. VMware moved into the server market in 2001 with GSX (a hosted product, which later became VMware server) and ESX, the enterprise VMware product.

To say it has ballooned from there would be something of an understatement.

After a couple of years came VMware ESX and the two biggest strings to its bow have come to set what we expect as a bare minimum from an enterprise hypervisor: the central management system (vCenter server) and the live virtual machine migration (vMotion). Then, 64-bit support, live storage migration, advanced distributed networking, automated workload management and high availability soon followed, raising the standard even higher.

The Xen Project was initially developed and launched by Cambridge University in 2003 with Xen bought by Citrix in 2007 as a commercial enterprise – although the free, open-source version still exists and is well-supported by Citrix – and has followed swiftly after VMware’s product with the increased feature set; core components like 64-bit support and live VM migration (XenMotion, in Citrix parlance) have kept XenServer competitive with VMware in terms of features.

Microsoft is the latecomer, and released the first enterprise Windows hypervisor – Hyper-V, known as Project Viridian throughout development – to a relatively muted reception in 2008.

The first iteration of Hyper-V was treated with a certain degree of skepticism; the idea of operating an always-on enterprise hypervisor, providing the underpinnings of dozens (or hundreds, even thousands) of other VMs all the while running on a fundamentally Windows platform was met with ridicule and snobbery by the established Linux-kernel-based hypervisor market.

Hyper-V versions 2 and 3 turned out to be rather excellent and are now following the same path as XenServer, delivering equivalent features to VMware’s headline acts in their own inimitable style.

Before you compare this trio you need to work out the operating environment to ensure a level playing field.

Configuration maximums are, much like benchmarks for processors or maximum IOPs figures for storage arrays, largely theoretical. Yes, you can achieve 400,000 IOPs if you load the array entirely with SSDs, but that’s not exactly practical.

The same is true of configuration maximums on hypervisors to a certain extent – I’m yet to meet anyone who has actually deployed a single 4TB VM – but they are a good indicator of the relative size and scale of each solution.

Additionally, you’d do well to learn the configuration maximums if you’re planning on sitting a professional certification like the VMware VCP, as they always come up. Until recently, Citrix would actually ask what year Citrix (the company) was formed on every single exam – if you’re interested, it was 1989 – and the name is a portmanteau of Citrus and UNIX. Obviously.

Here’s some of the more useful maximums when comparing hypervisor platforms:

So, while the configuration maximums of Citrix XenServer are lagging slightly behind that of VMware’s offering, it’s reassuring to see that Microsoft have all but caught up in this regard.

It’s also worth mentioning that some of the maximums – like virtual disk size – are limited to 2TB in older versions of vSphere and Hyper-V; it’s only with the latest versions and new virtual file systems that these limits have leapt to 64TB.

Additionally, the XenServer configuration limits are based on the commercial product and Windows guest VMs; if you were running Linux VMs on a custom implementation of the Xen Project (perhaps with a Cloud Stack control framework) you could likely push these much further.

As I said, it’s worth taking them with a pinch of salt, but they do serve as a good thumb-in-the-air indicator of capacity and performance.

Next page: The playas
Page:
Tips and corrections
48 Comments