Don't want to fork out for NAND flash? You're not alone. Disk still rules 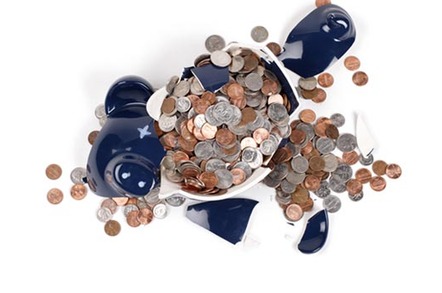 NAND flash shipments are not catching up with disk, casting doubt on the idea that disks will disappear from data centres, according to the latest research.

Rakers notes that Samsung expects the NAND flash industry to have capacity to produce up to 253 exabytes of total storage capacity by 2020, essentially "an impressive 3x increase relative to the current industry capacity".

He points out that this is expected to account for less than 10 per cent of the total storage capacity the industry will need by 2020.

He charted the overall petabytes shipped numbers for disk and flash to get a simpler picture of what's going on. The data starts with 2012 and has estimated values for 2016-2019.

Why isn't shipped flash capacity catching up with that of disk? Cost is a large reason. Rakers said Samsung is estimated to be spending over $23bn in capex on its 3D NAND for for an estimated ~10-12 exabytes of capacity. 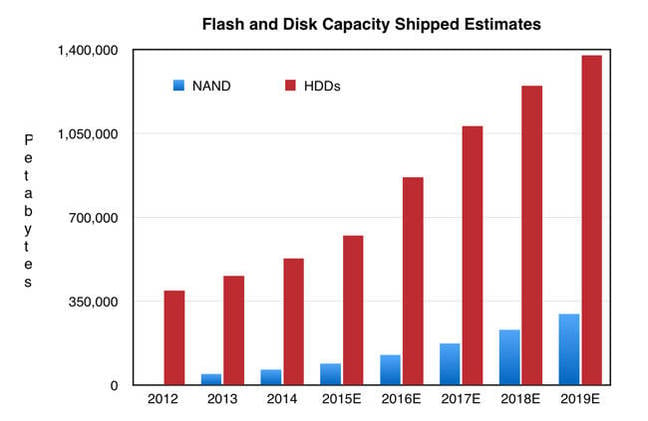 NAND and disk petabytes shipped estimates from Gartner and Stifel

Say, on this metric and crudely, every 10,000PB of NAND capacity costs $20bn, then to catch up with HDD capacity shipped in 2019, the flash industry would have to spend $2tn. We don't think it is going to happen unless flash capacity $/GB leaving the foundry is sustainably lower than that of disk. ®