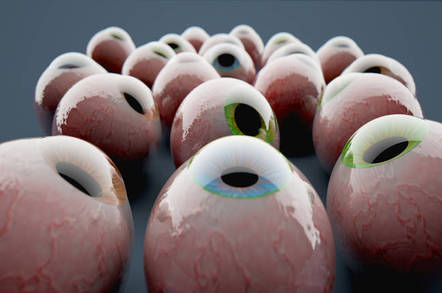 QuoTW This week we remembered Seymour Cray, memorialised BlackBerry 10 and got a peek at Elon Musk's new baby.

So let's take a look at some of the best quotes from the past seven days.

It's been a shitty couple of weeks for Volkswagen, thanks to the ballooning emissions scandal. But don't worry, the German car giant's board of directors are totally clean.

In fact, VW's top management have said that their only real cockup was knowing nothing about this whole saga in the first place.

Pretty much all Lies (Olaf Lies from VW, that is) had to say on the matter was this:

We only found out about the problems in the last board meeting, shortly before the media did. I want to be quite open. So we need to find out why the board wasn't informed earlier about the problems when they were known about over a year ago in the United States.

NASA made headlines this week when it announced the discovery of water on Mars.

But not everyone was convinced of the soggy find. US radio blow-hard Rush Limbaugh thought it was all a bunch of liberal hogwash. Here's his take:

OK, flowing water on Mars, if we're even to believe that, what are they gonna tell us that means? That's what I'm gonna wait for. Because I guarantee, let's just wait and see. Don't know how long it's gonna take, but this news that there is flowing water on Mars is somehow gonna find its way into a technique to advance the leftist agenda.

In fact, Rush had so much to say on this subject, that he managed to make QuoTW twice, doubling down with the following gem:

NASA wants the money to go to Mars. It makes total sense in the world that they would time, NASA, the release of, 'Look what we found! We found flowing water on Mars! Oh my God, there could be life! Oh my God, we gotta go we gotta go!' And here comes the movie. They throw in climate change relationships just for a little dot the I, cross the T, and magic happens.

Moving on, we have former Autonomy honcho Mike Lynch suing HP for calling him a crook following its disastrous merger. Lynch contended that he never cooked Autonomy's books, the problem was that HP just flat out screwed the whole thing up:

We are finally starting to see what really happened with Autonomy. HP's own documents, which the court will see, make clear that HP was simply incompetent in its operation of Autonomy, and the acquisition was doomed from the very beginning.

Ah yes, the old "it's not my fault you're all stupid" defence.

Bay Area readers will know by now that dial-a-car company Uber is planning to move into downtown Oakland, taking over the old Sears building on Broadway. Libby Schaaf, mayor of the city, said Uber was welcome, so long as it understood that things were done a bit differently in the East Bay:

We need to stop talking about the digital divide and start building the digital bridge. The call was received enthusiastically by the conference attendees. Whether Uber executives are as persuaded is an altogether different matter.

Just when you thought anyone who could join Twitter had done so already, we were greeted with a surprise.

Can you hear me now?

Yes, we think ALL the spooks are listening, Ed.

And we close things out with a quibble from Julia Cordray, co-founder of the now-infamous and possibly vapourware slander app Peeple.

After announcing the privacy-shredding rep destroyer, Cordray got a taste of her own medicine and was not pleased.

Spread some of that delicious irony on your Sunday toast. We like honey on ours, in case you wondered. ®