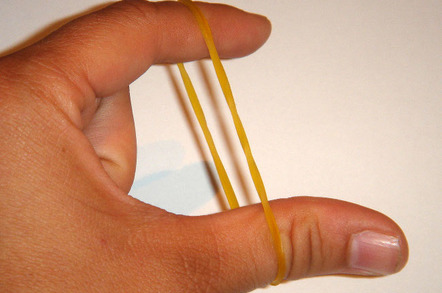 Amazon is rolling out open-source Elasticsearch for consumers of its mega cloud.

The idea is to let you load, process and analyse unstructured data.

Elasticsearch on AWS can be deployed to Amazon clusters via the giant’s management console in minutes, the company said.

It’s already available on Google’s Cloud Platform as a service.

Amazon is hoping to tempt users to its implementation with the prospect of up to 750 free hours per month and 10GB of magnetic or SSD-backed EBS storage if you qualify for the company’s AWS Free Tier.

Elasticsearch is a document-oriented and doesn’t require a schema to be defined and that used full-text search.

It’s built on the Apache’s Lucene, the powerful indexing and search created by Hadoop author Doug Cutting in 1997 and opensourced in 2000.

Lucene’s been used in a number or projects, in addition to Elasticsearch, including the Soir enterprise search server.

Elasticsearch was written by Shay Banon in 2004 to create a scalable search architecture with Elasticsearch BV the company created in 2012 as an open-source search and analytics firm. The company has drawn VC backing. ®