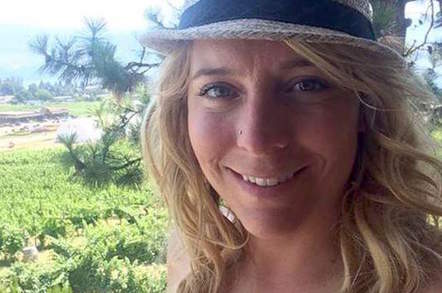 It was oh so predictable.

The founder of new slander-app Peeple has been surprised to discover people slandering her online.

Julia Cordray, of Calgary, Canada, landed herself and her company a ton of publicity this week, appearing everywhere from the Washington Post to ABC News, talking about how the app – due to be launched next month – would enable people to rate others.

"The Peeple app allows us to better choose who we hire, do business with, date, become our neighbors, roommates, landlords/tenants, and teach our children," the company pitches. Cordray and co-founder Nicole McCullough feel it is a "positivity app for positive people."

Except of course it took the rest of the world about two seconds to figure out that filtering the world to only include those with positive feelings was not exactly realistic, and all the app was likely to do was invite an endless stream of abuse, bullying, and stalking.

Right on cue, the internet popped up to make that point.

"One of my clients is a counsellor and your app is probably going to allow him to retire from the droves of people that are about to get their lives destroyed by your app. To be honest it is going to be pretty interesting to see how much of a legal disaster this turns into, might be a lesson for everyone else," wrote one poster on the company's Facebook page.

This is not Yelp for people. This is a harassment tool for abusers. You can talk about all the planned safeguards you want, but abusers live to game systems, and you're handing them the biggest present they could ever hope for, guaranteed.

And these are the polite posts.

Both the company's social media accounts and the personal accounts of the founders have been hit hard. It didn't take long for Peeple's positivity to fizzle out. Cordray whined:

Bullying IS WHAT YOU ARE DOING and that is what are [sic] app is NOT. You are the reason we have an app.

Both founders have been deleting critical and aggressive comments and tweets as fast as they can all day – and failing miserably.

And of course that was then picked up and sent around the internet on in a kind of Mexican Wave of irony.

All this prompted another Facebook poster to make an interesting observation: "If you can't keep up with this page how in the hell are you going to be able to moderate this monstrosity once it is nationwide?"

Meanwhile Cordray is repeatedly pleading with people to "get the facts" about how the app would work and the controls in place, despairing when people make baseless accusations which others then take as fact. The irony is so overwhelming that some commenters' heads are clearly fit to burst.

Of course, one of the "controls" on the app is that people need to know an individual's mobile phone number in order to open a profile on someone. Unfortunately, you can't stop someone from opening a profile using your own number, which, again, rather predictably, has led to people trying to track down Cordray's and McCullough's numbers.

It wasn't long before people were posting Cordray's personal details online – seemingly culled from the Whois information for domain names she owns. Just to highlight how out of control these things can get, one heavily quoted tweet providing her phone number and home address actually provided the wrong information.

We called the number – it went to voicemail for "Amy." Who is Amy? Who knows? Who cares? Amy, that's who, who will now have to deal with a barrage of abusive callers for no good reason.

Meanwhile, the company's website at ForThePeeple.com has fallen over.

And so the internet self-corrected itself once again. ®

Cordray has posted a long message on her ForThePeeple.com website. We'll just leave it here for you to marvel.

An Ode to Courage: Innovators are often put down because people are scared and they don’t understand. We are bold innovators and sending big waves into motion and we will not apologize for that because we love you enough to give you this gift. We know you are amazing, special, and unique individuals and most likely would never shout that from the rooftops. The people who know you will though…they choose to be around you and in your life and support you even when you don’t like yourself. We have come so far as a society but in a digital world we are becoming so disconnected and lonely. You deserve better and to have more abundance, joy, and real authentic connections. You deserve to make better decisions with more information to protect your children and your biggest assets. You have worked so hard to get the reputation you have among the people that know you. As innovators we want to make your life better and have the opportunity to prove how great it feels to be loved by so many in a public space. We are a positivity app launching in November 2015. Whether you love us or our concept or not; we still welcome everyone to explore this online village of love and abundance for all.

Slander-as-a-service: Peeple app wants people to rate and review you – whether you like it or not

Newsflash! Faking it until you make it is illegal in Silicon Valley: Biz boss pleads guilty