It's the white heat of the tech revolution, again!

Now Wolfie's Labour leader, why not rerun his Greatest Hits? 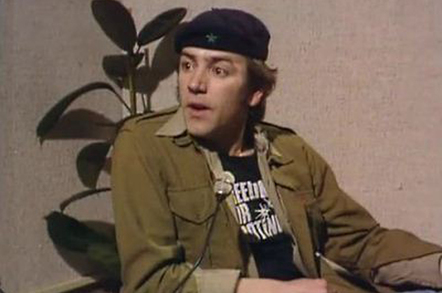 Worstall on Wednesday It's more normally Mr Orlowski around here shouting that Mariana Mazzucato is a poopyhead, but given that she's just been appointed to Corbyn's economic advisory team, perhaps it's time to add to the chorus?

For Mazzucato is, as we all know, the economics professor who insists that actually government really invented the iPhone, so Apple should be coughing up the moolah.

This leads to the joyous economic policy that John McDonnell announced, that government's going to be financing all sorts of lovely high-tech sorta stuff and we'll all get rich together:

We’ll also turn the Department for Business, Innovation and Skills into a powerful economic development department, in charge of public investment, infrastructure planning and setting new standards in the labour market. This is a radical departure not just from neo-liberalism but from the way past administrations tried to run the economy.

We will create what Mariana Mazzucato describes as the entrepreneurial state.

A strategic state works in partnership with businesses, entrepreneurs and workers to stimulate growth.

Government’s role is to provide the opportunity for massive advances in technology, skills and organisational change that will drive up productivity, create new innovative products and new markets.

That requires patient long-term finance for investment in research from an effectively resourced and empowered national investment bank.

Sadly this lovely idea fails for three different reasons. The first being that there's absolutely sod-all new about it. Harold Wilson tried it, calling it "the white heat of the technological revolution"*, which government would direct. Heath carried it on and it wasn't – if we're frank about it – a great economic success.

True, we did get Concorde out of it, along with British Leyland, Triumph Motorcycles and so on, but they're difficult to hold up as great examples of an improving economy. This time around we'll get more of Lily Cole's social media-type stuff: you know, that media where no one goes to be social? Our problem is that the British government has never been very good at deciding what to throw money at.

The second problem is that it is all in direct contradiction to another pet policy of McDonnell's:

There will be cuts to the corporate welfare system.