It’s not what you’ve got, it’s how you use it, apparently 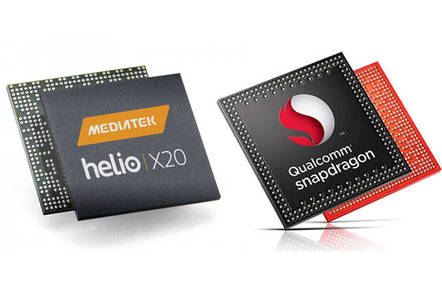 Despite what Qualcomm claims, its main foe, MediaTek, claims that the core wars are not over. Qualcomm has argued – like a politician saying that “left and right is old thinking” – that it isn't about how many cores you had, but what you did with them.

Qualcomm recently announced impressive performance figures for its new Snapdragon 820 chip, which has four cores, and it doesn’t use the standard ARM architecture in the 820 – and will claim that for the spin it's applied and the process it's using, four cores is plenty.

While Qualcomm dissed MediaTek’s move to eight cores as “dumb”, the US company later followed and the Snapdragon 810 is also an eight-core device. MediaTek upped the ante with the TEN-core Helio X20, which is described as a “tri-cluster mobile heterogeneous computing platform“. Ooooh.

This builds on the ARM model of big.LITTLE, which has less powerful cores running slowly and only fires up the big guns for tough tasks like a multi-threaded browser.

Johan Lodenius, MediaTek’s CMO, both agreed and disagreed. He told an audience in London today: “It’s not about the core count, as has been violently pointed out by our competition, and then copied by them.”

He said the origins of the core wars came from multi-threaded applications at a time before the SoC architects had an optimised way of managing the cores, and said that while the management has got better, the need had not gone away as the new versions of Android used more threads ... and that there are ways of taking single threads and distributing across multiple cores.

MediaTek clearly does not think that ten cores is excessive.

Ben Wood from strategy company CCS Insight points out that there is a cultural difference. In Asia, the number four has overtones of death while eight is lucky, so an octocore processor might be seen more favourably than a quadcore one.

However, the engineering emphasis is on driving bigger screens, with more power for compute, bandwidth and multimedia. MediaTek’s CTO, Kevin Jou, told us that the need for more processor power will be driven by Deep Learning.

Essentially, this means that given enough processing power and data, smartphones can derive information for themselves. Neural networks use multi-layered algorithms to simulate how the brain learns and requires ever-increasing computing power and rich data from the ever-present cloud, assimilating it with private data on the phone. With more training, you improve cognisance.

Jou sees this as being useful for object and speech recognition, rather than the more obvious confirmation of the existence of rice pudding and income tax. ®