Move to the latest IE, or suck it: January’s cold comfort for Microsoft hangouts 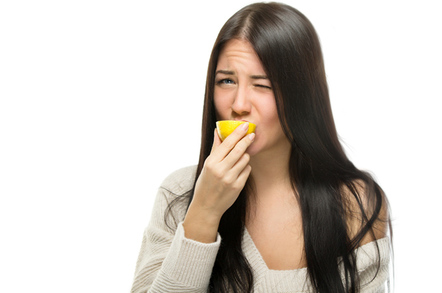 The start of 2016 is crunch time if you’re running legacy Microsoft browsers. From January 12, 2016, a huge swath of Internet Explorer versions will no longer get security fixes or updates from Microsoft.

If, like many, you are on Windows 7, you’ll need to do some tinkering first in order to digest the bits and bytes.

What this means is anybody running any of those versions of IE will be on their own if, and when, new malware and viruses appear targeting the browser.

According to Gartner, the scope of this migration is at least as big as moving from IE 7 and Windows XP, when Microsoft turned off support in April 2014.

“It’s comparable,” Gartner vice president and fellow David Mitchell Smith told The Reg. “The volume of desktops is even higher because we are talking about quite a few years later.”

The scale is big simply because many of those who switched from IE7 and Windows XP last year took the easy route. Rather than go for the latest IE or build browser apps independent of any one firm’s make of browser, they chose simply to bump up to IE7’s successor instead – IE8 on their desktop of choice, Windows 7.

They did so because IE8 had run on Windows XP – software that, while not supported by Microsoft as of April 2014, is still in widespread use.

“It’s more widespread probably because a lot of organisations who made the transition from [IE] 7 didn’t go as far as they had to, to be browser independent,” Mitchell Smith said.

The technical gaps are narrower going from IE8 up than from IE7 to IE8, but the devil is in the fact that apps on IE8 are still tied to Microsoft’s proprietary ActiveX.

“Something we still see significant hardship with is in the numbers of apps in many enterprises that continue to be dependent on IE other than IE11 that have not been tested or migrated yet. You will see a rush from people as they get more established in figuring this out."

“There will be a lot of people who wake up and figure this out at the last minute,” Mitchell Smith said. “This hasn’t got the attention it needed.”

How many PC are affected? Hundreds of millions of PCs on Windows 7 alone with up to 400 to 500 million PCs in total needing to get to IE 11 by January 16, 2016 according to browser migration and management expert Browsium.

“It’s the next Windows XP – it’s just as big,” said Browsium president Gary Schare. “It’s not as hard to make the leap as it was from XP and IE7, but it’s still hard work. Between 400 to 500 million machines around the world need to get to IE 11 by Jan – and they won’t.”

The question for Microsoft is what happens on 16 January, given the huge scale?

Will it succumb to reality to offer Customer Support Agreements as it has on Windows XP – tailored support deals that come at reassuringly high price determined to deter IT types from doing nothing or taking as long as possible.

Schare summed up Microsoft’s conundrum. “Either Microsoft will relent and give more free support or it will strike CSAs ... it doesn't want large accounts to be vulnerable but it doesn't want to be held over a barrel,” he said.

Microsoft isn’t holding out any helping hands (at the moment) beyond what senior IE product manager Fred Pullen evangelised at events earlier this year. He reckoned you should talk to your Microsoft rep about unsticking technical and business blockers to upgrades.

“There may be some things we can do to help you upgrade,” Pullen told a Flexera web cast (you must register) during the Spring.

The Reg asked whether Microsoft would now extend January’s end of support date, granting extra time to those struggling to hit deadline, and whether it would make CSAs available. Also, what specifically it’s doing to help customers upgrade.

Microsoft, though, would not be drawn, opting to repeat the standard party line. “We will continue to provide technical support and security updates for the most current version of Internet Explorer available for supported versions of Windows,” a Microsoft spokesperson said. ®