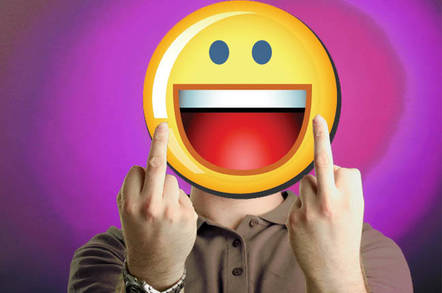 Yahoo! says it's going to press ahead with its plan to spin off its multibillion-dollar stake in Chinese e-commerce firm Alibaba, despite failing to receive a favorable ruling from the US Internal Revenue Service.

CEO Marissa Mayer first announced the plan, which would see Yahoo! transfer its 384 million Alibaba shares to a newly created holding company called Aabaco, in January of this year.

The Purple Palace encountered a major hurdle earlier this month, however, when the IRS said it couldn't give Mayer's scheme the thumbs-up.

Further complicating matters, the US taxman said it wasn't nixing the idea, either. It just hadn't concluded whether the spinoff transaction was taxable or not and therefore couldn't give it the OK.

Dodging taxes, of course, has always been the whole purpose of the scheme. Rather than selling off the Alibaba shares directly, Mayer and company had sought a "tax-free alternative," one that "delivers value directly and exclusively to our shareholders."

What Yahoo!'s bean counters came up with was a plan that would transfer the shares to the Aabaco subsidiary and distribute shares in the new company to current Yahoo! shareholders on a pro-rata basis. That way, shareholders wouldn't have to pay tax on the value of their Aabaco shares until they cashed them out – or at least, that was the hope.

There's still no guarantee that will work out now, because the IRS hasn't issued any further rulings. But in a filing with the US Securities and Exchange Commission on Monday, Yahoo! said it's going to take its chances and move forward.

"On September 23, 2015, Yahoo's Board of Directors authorized the Company to continue to pursue the plan for the Aabaco spin-off transaction as previously disclosed, except that completion of the spin-off will not be conditioned upon receipt of a favorable ruling from the IRS," the SEC filing states.

In a separate, amended version of its own SEC filings, Aabaco said that although its attorneys – the law firm of Skadden, Arps, Slate, Meagher & Flom – have said that they expect to be able to issue an opinion that the share spinoff would be tax exempt under current US law, there are still risks.

"The opinion would not be binding on the IRS or a court," the filing stataes. "Notwithstanding that the IRS did not previously indicate any intention to challenge the Spin-Off when it expressed its determination not to rule on Yahoo's request, there is a risk that the IRS may challenge the conclusions reached in the opinion, and a court could sustain such a challenge."

If all goes according to plan, Yahoo! hopes to complete the spinoff by the fourth quarter of its fiscal 2015, which ends on December 31.

For the IRS to challenge the transactions tax-exempt status could take years, however, which means that even a successful spinoff at this point could come back to bite the Purple Palace – and its shareholders – in the future. ®

Purple Palace plans to chuck other assets out the door instead