Former boss stuck fingers in ears and decided to do it anyway, it appears 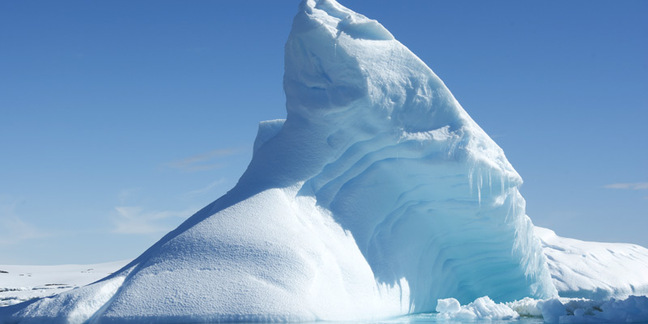 Leo Apotheker of former HP fame ignored warnings from his own board and shareholders about the ill-fated $11.1bn Autonomy acquisition that resulted in a $8.8bn write-down and allegations of accountancy fraud, a cache of internal emails suggests.

The messages were filed in a northern California district court at the end of August, and were made public last week. The documents were submitted as part of the HP shareholders' lawsuit against Autonomy and HP executives.

The trove – which includes hundreds of pages of text – charts the breakdown of the relationship between HP's executives, Autonomy, and the HP board. The Register has trawled the pages for the most quote-worthy emails between the main players.

A month before Autonomy was formally acquired in October 2011, HP chairman Raymond Lane emailed then-boss of HP Léo Apotheker to express his concerns over the deal, and asked HP to pay a "break up" fee to terminate the biz gobble.

“I’m still haunted by Autonomy itself," Lane wrote. "I don’t think it’s the panacea we think it is. I read the analysis you provided me and I still see it as a roll-up [a company that is built primarily though the acquisition]."

In response, Apotheker wrote: “I am 99 per cent sure that the Autonomy deal is irreversible.

"I’m also convinced that Autonomy, as well as the additional organic steps we are undertaking, will allow HP to reshape itself as a company generating 8-9 per cent of its revenues from software, with a better growth and margin profile. If financial markets are rational, we should be rewarded by a better P/E multiple as we move toward this objective.

“In addition, if Autonomy and more software isn’t the solution, what is the alternative?"

In September that year, Paul Wick of investment fund Columbia Seligman wrote to HP's chief financial officer Cathy Lesjak in an email headed: "You have let us down."

He wrote: "Cathy, How could you let these horrible decisions (like Autonomy) come to pass?

"We had reservations about Leo, but figured since you were there, nothing stupid would happen. If you had stepped up to the plate and become permanent CEO, the present calamity would have been averted.

“The board and management team of HP have rapidly destroyed all of the prior wealth created over the past seven years.”

About a year later, in November 2012, amid the write-down meltdown, Moody’s downgraded HP’s outlook to negative from stable. HP’s share price plummeted by 20 per cent – much more than the initial decline that had been expected. Shareholders were not happy.

A month or so after HP announced in August 2011 that it was buying Autonomy, commentators started to question the deal. Hewlett Packard became aware that some of their sell-side analysts had received what appeared to be an anonymous email listing issues with the acquisition. However, judging by HP's internal memos, Lesjak appeared to put this down to "negative tactics by Oracle."

In response to the anonymous message to HP CTO Shane Robison, Apotheker wrote: “Please provide a fact-based answer so that we can bite this in the butt.”

By April 29, 2012, things were not looking good, with Autonomy revenues failing to stack up. Autonomy founder and then-CEO Mike Lynch emailed HP's then-CEO Meg Whitman with the first bad news update, titled: "Not good." It read:

"Heads up... Afraid we do not look like we are tracking to hit the number this Q, deals good but final close on some in time looking problematic. All hands on pumps here."

In May, Bill Veghte, executive vice president, wrote to Lesjak on the subject of how to present the company's results to investors – with one slide headlined "Autonomy – a very disappointing quarter," in reference to its $106m (£70m) revenue miss. He said HP needed a slide to explain "what the heck we are doing about it."

The lawyers get involved

By December 2013, a year after the write-down, HP and Lynch were at loggerheads. In a letter and email to HP, Lynch's lawyers responded to HP's allegations of fraud.

It said: "The true cause of the write-down was HP’s own clear, yet to-date publicly undisclosed failure to properly develop and integrate Autonomy. As a result of HP’s rush to blame Autonomy, it made reckless statements that are easily rebutted."

With several lawsuits regarding HP and Autonomy continuing, it seems the allegations and counter-allegations will continue for sometime. Autonomy founder Lynch has repeatedly denied any wrongdoing. Apotheker was booted out of HP at the end of September 2011 – within a month of the HP chairman Lane raising the alarm on the Autonomy deal. ®