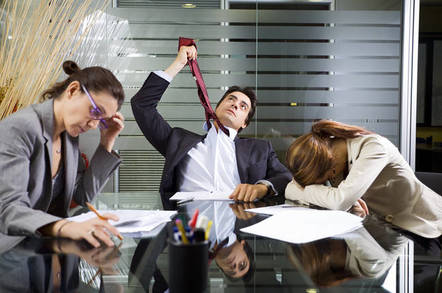 Updated Bosses cheered worldwide as Facebook.com fell over once again, forcing people to put down their phones, close their private-browsing tabs, and do some work. Yes, even if it is Monday.

It appears facebook.com is completely dead now, apart from a static error page, although it showed some signs of life for a few people earlier. We've been able to login in a couple of times, but overall, no dice. No Likes. No ad views.

Oh noes! #Facebookdown! Wonder how many babies will be born 9 months from now?

Facebook said its smart clever staff are "working with our core infrastructure teams to identify the issue." There are more details here but it's likely you can't see them because the website is down.

The social network fell over last Thursday – this is the third time this month, in fact. Seeing as the multibillion-dollar biz wants to bring the internet to the entire population of Earth by 2020, it should start by peering into its own servers. ®

"A Facebook-wide issue is causing the Facebook Graph API to be temporarily unavailable ... We have identified the issue and are in the process of pushing the fix," the website's team said in an update. The site appears to be getting back to normal about an hour after it fell over globally.