Has SeaMeWe-3 been cut again? 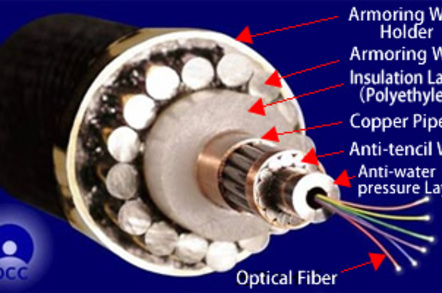 Rumours are emerging that there's yet another break in the SeaMeWe-3 cable.

The Register has been unable to get confirmation of the break, but has been told that Australian ISPs are seeing blowouts in ping times as traffic routes around the problem.

The SeaMeWe-3 submarine cable provides connectivity from Australia to Europe via the middle-east, and in Singapore picks up connectivity to Asia.

The cable last suffered a cut in December 2014, and a source in the submarine cable industry told Vulture South such occurrences could become more common in the future.

That's because to repair a cable, it has to be retrieved to the surface so the cable-repair ship can work on it. After the repair is completed, the cable is returned to the sea floor – but not re-trenched.

That means the cable is more exposed to the next anchor that drags, making it more likely that a cut will happen in the future.

SeaMeWe-3's route, unfortunately, takes it through some of the busiest sea-lanes in the world.

The Register will update this story if more information comes to hand. ®

Fragile SMW-3 cable back in service

What's happening down on the sea floor near Indonesia?

Packets will route around the damage until January