Dear do-gooders, you can't get rid of child labour just by banning it

Such things don't disappear simply by making them illegal 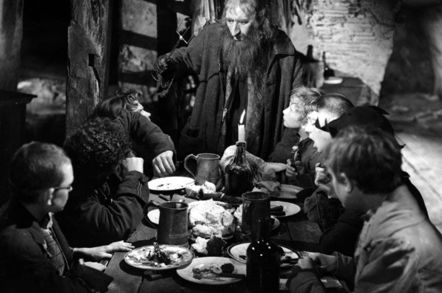 Worstall @ the Weekend I think we'd all agree that we'd like the world to be a better place. And I think most of us would, if it didn't take too much effort, support attempts to make it such a better place.

There's even some more energetic than I who go out there and do in fact make it a better place: and well done them.

However, we do need to, once we've actually decided upon our definition of “better”, work out how to actually effect the change that we desire. And one simple truth that all too many don't quite get is that banning something does not mean the disappearance of that thing.

Prostitution and drugs have continued to be partaken of pretty much whatever the legal structure around them: the incidence might change a bit according to how beheaded the participants become but the existence itself seems to carry on. And now to switch to something that I would guess that most of us consider a bad idea: child labour.

I am of course an entirely heartless bastard because I do occasionally point out that while I'm not in favour of four-year-old kids making bricks, per se, I am in favour of four-year-olds not starving and if the labour reduces the dying, then work on! There could, I agree, be a better solution but the simple banning of something that keeps children alive needs more thought, perhaps.

The slap in the face for the “ban it anyway” argument is what happened in India when they did ban child labour: the amount of child labour went up.

While bans against child labour are a common policy tool, there is very little empirical evidence validating their effectiveness. In this paper, we examine the consequences of India's landmark legislation against child labour, the Child Labour (Prohibition and Regulation) Act of 1986.

Using data from employment surveys conducted before and after the ban, and using age restrictions that determined who the ban applied to, we show that child wages decrease and child labour increases after the ban.

These results are consistent with a theoretical model building on the seminal work of Basu and Van (1998) and Basu (2005), where families use child labour to reach subsistence constraints and where child wages decrease in response to bans, leading poor families to utilise more child labour.

The increase in child labour comes at the expense of reduced school enrolment. We also examine the effects of the ban at the household level. Using linked consumption and expenditure data, we find that along various margins of household expenditure, consumption, calorie intake and asset holdings, households are worse off after the ban.

That's not the result we were expecting nor the one we desired, so what is happening?

The answer is an economic one: no, not that neoliberal, neo-feudal perhaps, economics where the poor should be damn glad they've an opportunity to work. Rather that bit of economics that works, the careful study of what people actually do given the incentives they face.

We would all like children to be going to school, not working. And parents would also like their children to be going to school and not working. Children are, as we all know, our only chance of immortality in this world at least and the better they do economically then the more immortality in the form of grandchildren we will have. Yes, poor people know this too.

But, as economist Paul Krugman and others have pointed out the choice is not between school and not school, or work and not work. There really are people so hard up against the boundaries of life that sometimes the choice is four-year-old kids working or starving.

And that's what is happening here with the child labour ban.

Next page: For some, school's out forever and ever
Page:
Tips and corrections
119 Comments

You shouldn't profit from punishment

Got your number? Maybe. 118 118 Money shutters website after spotting an intruder

Updated No word on what digi burglars lifted