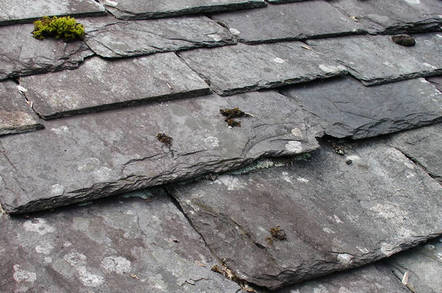 Slate tiles are shingled too

Read speed is not affected but data rewrites are slowed because blocks of tracks have to be re-written as soon as any component byte or byte set needs rewriting. Seagate shingled drives take care of this on the drive, whereas HGST shingled drives are host-managed, meaning the host server has to manage this.

An SSD has the same block write characteristic, and the same asymmetry between read and rewrite access speed. Generally, SSDs are accessed through a Flash Translation Layer (FTL) of software, which turns byte rewrite requests into block rewrites.

Widely utilised general purpose file systems, from ext4 and xfs to zfs, each have popular open-source projects underway to support host-aware and host-managed SMR technology, with most of these efforts centered around the emerging ZBC standard.

While ZBC does not address all of the requirements necessary for a host file system to eliminate Flash Translation Layers (FTLs) and manage Flash media directly, Symphonic Cooperative Flash Management (CFM) provides that key missing functionality.

According to Radian: "File systems including support for SMR can also optimally manage flash through the use of Radian’s Symphonic CFM, achieving flash performance, QoS (quality of service) and cost advantages not possible with FTL SSDs."

It said that, by building systems with CFM-managed SSDs and host-managed SMR drives, users can combine cheap SMR capacity with flash access speed, lower the overhead of transferring data between tiers, and have faster write transfer rates.

Radian claims that you will need less flash capacity and reduce the flash wear-out rate. ®