Mobile phones are the greatest poverty-reducing tech EVER

And possibly Africa's only real source of economic growth 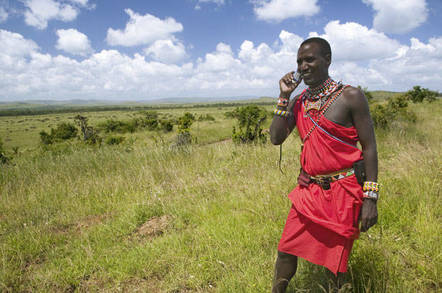 Worstall on Wednesday I have mentioned before around here that the mobile phone seems to be, in terms of reducing poverty, the finest invention humanity has ever come up with.

Details of exactly how it does so are here, talking about sardine fishermen off Kerala, and my discussion of the overall economic effect is here, just to revisit that overall effect.

In a country without a landline network, as best we can tell, every 10 per cent of the population which has access to a mobile causes a 0.5 per cent rise in GDP. Each and every year.

By the standards of development, that is a massive number. Yes, there are declines in this growth rate as coverage expands: we do not expect the move from 90 per cent of population coverage to 100 per cent to have the same effect.

By the way, as for the old joke about Italy having 150 per cent coverage – where all men have a phone for the wife and one for the mistress – it is not known to have any economic effect at all, except, perhaps, on the rate of penicillin consumption.

We've also got various estimates about the effects of broadband. No one has properly studied high-speed (20Mb and up) nor mobile broadband as yet, as they are really too new for anyone to have done so. But we do know that 2Mb broadband has had smaller, but similar, effects where countries have been generally wired up for it.

What's really surprising people in this field is how the effects upon growth rates seem to keep compounding. Take this paper on the effect of M-Pesa in East Africa, which looks at the effects of using those phone credits, and a mobile banking system based upon trade credit.

The assumption is that to a small business, paying suppliers is risky: it could be stolen. Offering trade credit from suppliers to small-scale entrepreneurs is also risky.

The use of M-Pesa as the payment system can reduce the risks of both, and it has been found that small-scale entrepreneurs who use M-Pesa to pay their suppliers are able to get greater amounts of trade credit.

Which, given that capital is the main restriction on how much business a small-scale (almost a one-man band) organisation can do, that's great. More trade credit, more business – that's GDP growing right there.

But it's only a small effect, obviously. Right?

And that's the thing – it's not a small effect. At least, it's not so small that it can't be pulled out of the surrounding data.

Next page: It's good to talk
Page:
Tips and corrections
85 Comments