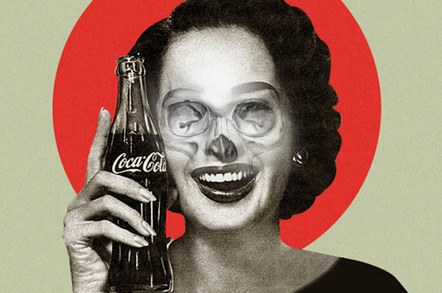 FireEye threat bods J. Gomez and Genwei Jiang reported eight Forbes URLs attached to news stories from 2012 and 2015, in one of the attacks.

Those pages bounced readers to a HTML file and onwards to either the Neutrino and Angler exploit kits which typically exploit nearly 40 percent of victims who encounter it.

"Malvertising continues to be an attack vector of choice for criminals making use of exploit kits," the pair say.

Malwarebytes malvertising guru Jerome Segura reported the attack on Realtor.com which pulls in an estimated 28 million visitors a month.

The attackers in typical fashion bounced visitors who encountered the ads to the Angler exploit kit. They were able to get the ads on the website through real time bidding networks that fail to check the security integrity of creative.

Malvertising is rampant; criminals are continually exploiting lax security checks of advertising and real time bidding networks to get their malicious code hosted on some of the world's biggest websites.

Advertising mechanisms are a soft attack vector in what could otherwise be typically tougher website defences. Websites rely on advertisers for cash flow and therefore are permitting advertiser network code to run on their sites.

This places websites at the mercy of ad networks which appear largely unwilling to fully clamp down on the security shortfalls. ®

Stage set for Jimbo Wales vs Paul Dacre. Who will win?

Microsoft slips ads into Windows 10 Mail client – then U-turns so hard, it warps fabric of reality