Would you trust Intel, Vodafone, Siemens et al with Internet of Things security? You'll have to

Gang set up foundation to blame when IoT goes titsup 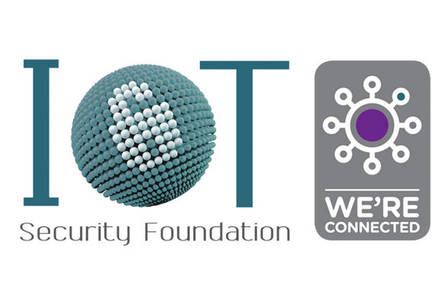 A new non-profit foundation dedicated to improving security in the "internet of things" launched on Wednesday.

More than 30 companies including Intel, Vodafone, Siemens, and BT are the founding members of the foundation, whose mission is to "make the Internet of Things secure, to aid its adoption, and maximize its benefits."

The IoTSF will focus on best practices and knowledge sharing. It will host a conference in London in December on IoT security.

The idea of the foundation was born out of a similar event held in May this year at Bletchley Park – the country estate where Britain famously cracked codes during the Second World War.

At that "Security Summit," attendees agreed that the Internet of Things represented a significantly different security threat to that posed by computers or mobile phones, and concluded that expertise in the area is currently spread across many different companies with very limited interactions between them.

Attendees then voted on whether to create a new body that would focus on improving communications between people focused on IoT security, and 97 per cent of them said they should. Four months later, the IoTSF has officially launched.

Security and privacy are the two biggest concerns of consumers when it comes to internet of things products. People don't want hackers to be able to unlock their doors or turn on their heating, and they don't want others to know when they are in the house or what their daily routines look like.

The IoTSF will be facilitated by NMI, a non-profit trade association for electronic systems, microelectronics, and semiconductors.

John Moor of the NMI said of the Foundation's launch and IoT in general: "The opportunity for IoT is staggering. There are a great many possibilities for businesses in all sectors, including manufacturing, transport, health, home, consumer, and public services. However, there are ever-real security challenges that accompany those opportunities.

"It is vital to the adoption of existing and new systems that security is addressed from the start, that it is fit for purpose, and it can be managed over the lifecycle of the system. Our intention is simple – drive excellence in IoT security. By creating a dedicated focus on security, IoTSF aims to be the home for providers, adopters, and beneficiaries of IoT products and services."