These US Presidential contestants can't even secure their websites – what hope for America?

Surprise! Your private data for sale 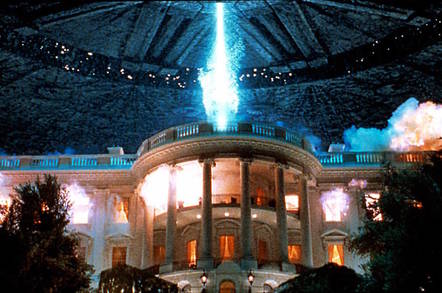 The majority of US presidential candidates' websites failed a basic privacy and security audit.

In the Presidential Candidate Online Trust Audit, an audit by the Online Trust Alliance (OTA), the failures in 17 out of 23 cases came as a result of a variety of poor privacy practices, including the sharing or trading of website visitors' sensitive data. In some cases, the websites failed to disclose what they do with visitors' information.

Some websites failed due to nonexistent or inadequate privacy policy disclosures. Others flunked because they reserve the right to liberally share or sell their donors and site visitors' personally identifiable information, including addresses, phone numbers, employers, and even passport numbers, with unaffiliated third parties.

.@munin Yup, pretty much all the presidential websites suck for cybersecurity pic.twitter.com/7RH5bT3q0O

Seven sites aced the test: Scott Walker (Rep), Rick Santorum (Rep), Jeb Bush (Rep), Lincoln Chafee (Dem), Chris Christie (Rep), and Martin O'Malley (Dem) all received a pat on the back from the OTA, which added the websites to their Online Trust Audit and Honor Roll. Independent John McAfee doesn't have an official US pres bid site to audit, as yet.

"Although political websites may not be beholden to the same security and privacy standards as industry, our findings clearly reveal that these campaigns' data practices are out of alignment with consumer expectations and Federal Trade Commission guidelines for the business community," said Craig Spiezle, executive director and president of OTA. "In this era of consumers' mounting distrust of data and privacy practices, candidates must move beyond a compliance mindset and embrace responsible data stewardship."

OTA advises that voters review a candidate's site for published privacy policies before making a donation or completing an online form. Unfortunately, 17 per cent of the evaluated websites did not even have a discoverable privacy policy, a potential violation of various federal and state laws.

On a brighter note, almost all the sites evaluated during the OTA's Presidential Candidate Online Trust Audit received excellent scores for server security, with only one site having an observed vulnerability (not serious enough to fail). OTA puts this down to the adoption of best practices and the fact that they are all relatively simple, recently built sites. Seventy per cent of the sites have implemented Always-On SSL, which encrypts the web session between the user and the website, enhancing both data security and privacy in the process.

All 27 sites aced email encryption and authentication protocol support, reducing the scope and credibility of potential site spoofing and phishing scams in the process. Prior to setting up an official site, Carly Fiorina was lambasted over her record at HP via a spoof website.

Donald Trump's website was hacked by Canadian pranksters back in early August. ®