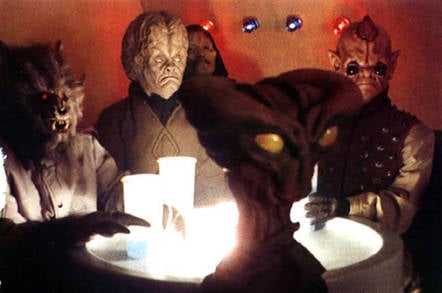 4chan users greet the news of its sale with typical largesse

The owner of notorious message board 4chan has sold the forum to the former owner of its Japanese "inspiration," 2channel.

After more than a decade running the "free speech" site, Christopher Poole announced on Monday that he had sold the cyber-cesspool, which boasts 20 million monthly visitors, to Hiroyuki Nishimura. He did not say how much he had sold it for.

"Hiroyuki is a pioneer in the world of anonymous communities, and can be thought of as the great-grandfather of 4chan," Poole wrote. "His creation of 2channel in 1999 sparked an era of anonymous-centric web culture in Japan that led to the creation of Futaba Channel, the site that inspired 4chan. None of us would be using 4chan today – or potentially any anonymous image board – if it weren't for him."

Which is either a wonderful thing or a tragic incident, depending on your perspective.

Like 4chan, 2channel has been at the center of repeated controversies over the posting of distasteful and illegal material. It has also served as an online meeting point for people who have then embarked on harassment of individuals online or hacking of websites.

The two sites share a similar culture of taking down links that break the law – sometimes just minutes but often hours after they are posted – while continuing to protect the ability for anyone to post anything anonymously.

Poole said that he had been "fast friends" with Nishimura for years and that "he is one of few individuals with a deep understanding of what it means to provide a digital home for tens of millions of people for more than a decade."

Back in January, Poole said he was stepping back from his role as administrator of the site because he needed "time away to decompress and reflect." Since then he has been very quiet, even failing to follow through on his promise to write about the experience of running 4chan on his personal blog.

He did however give an interview to the New York Times in which he noted that he still treated the site like a hobby which was no longer sustainable. "A hobby doesn't really scale or survive. I can treat it more like a business by bringing people on, giving them responsibility and training them."

Although 4chan has managed to meet its heavy hosting costs by selling limited advertising, it has been outscaled by larger sites focused on day-to-day trivia and internet flotsam. 4chan's attempt to raise money from its users through a $20 annual "pass" that lets them post on the site without having to use a Captcha has been predictably weak.

"What remains to be seen is if display advertising is the future of business on the web, or if it is generally creating value with a product that people are willing to pay for," Poole told the Times.

For his part, Nishimura followed a very similar path as Poole, creating and then selling 2channel a decade later. He said in a statement: "I've long admired 4chan's place on the web as a producer of anonymous and Internet culture, and look forward to continuing to grow and develop the site and support the community."

2channel's funding comes from a more interruptive form of advertising, forcing users to view ads before allowing them to see the content. Whether that approach will work with 4chan users, or whether Western advertisers will be willing to associate themselves with the site, remains to be seen. ®

4Chan man Moot logs off as admin for last time

So long and thanks for all the GOATSE

In the immortal words of Shaggy, it wasn't me us ... amirite?

CNN 'tech analyst' on NAKED CELEBS: WHO IS this mystery '4chan' PERSON?