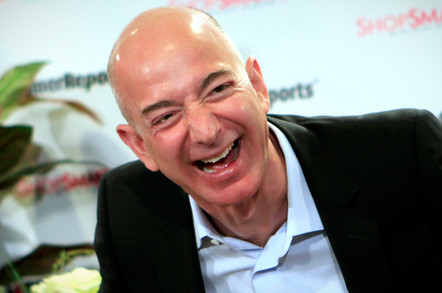 Amazon's Web Services (AWS) have suffered a monster outage affecting the company's cloudy systems, bringing some sites down with it in the process.

The service disruption hit AWS customers including Netflix, Tinder and IMDb, as well as Amazon's Instant Video and Books websites.

At time of publication, Amazon had coughed to data faults being reported on multiple services at its North Virginia US-EAST-1 site – which is the company's oldest public-cloud facility.

Some of the online retail giant's cloudy services were having a miserable Sunday.

It said that AWS services including CloudWatch (a monitoring system for the apps that run on the platform), Cognito (a service that saves mobile data) and DynamoDB (the company's NoSQL database) were all having a bit of a sit down today.

Amazon said it was recovering from the database blunder, but as part of the fix the company was forced to throttle APIs to recover the service.

In its most recent update about DynamoDB, Amazon said: "The metadata service is now stable and we are actively working on removing throttles."

But it was tears and tantrums for Tinder users who got in a grump after the outage meant that they had temporarily lost all of their would-be hookups on the service.