Look out, world! Apple is about to launch .apple 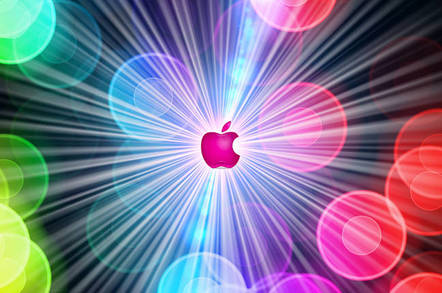 Apple is getting ready to launch its own piece of the internet: .apple.

The iPhone and Mac manufacturer signed the agreement to run its namesake top-level domain back in May, but has only recently moved toward "delegation," meaning putting the name live in the internet's root zone.

It is however the registration of 29 peculiar dotcom domains late Thursday, first noticed by industry site The Domains, that point to its impending launch.

All of those domains end in "apple.com" and make no sense until you consider that people are still very used to domains ending in .com.

So, AppleMusicApple.com seems ridiculous unless you assume that when the company starts to promote the address applemusic.apple that large numbers of people will type in applemusicapple and then stick a .com on the end.

If it was just one or two domains, you'd be right to be skeptical, but 29? And all of them reflecting the company's core brands and products? Looks to us like a pre-emptive domain buy-up in advance of a main launch.

Although fanbois are likely to get very excited over the idea of domain names ending in "apple" (they tend to get excited over literally anything that Apple does), the move may represent something more significant in terms of the broader internet: the first significant public awareness of what are being called in the domain industry "dot-brands."

Of the nearly 2,000 applications for new internet extensions, 34 per cent of them came from big brands like Amazon, Ferrari, Lego, Intel, Heinz, and so on.

While companies that spent millions on generic names like "horse" or "club" have been keen to launch and start making profits, the big corporates have been taking things much slower and trying to figure out what to do with their branded piece of the internet.

The pace of that activity appears to be picking up however, with one brand protection company, CSC, using its September monthly domain report to highlight the growing emergence of dot-brands.

The largest dot-brand in terms of names underneath it is the Swedish consumer goods company, according to CSC, with 603 .sca domains; followed by 271 .bloomberg domains.

CSC notes in its report: "We haven't seen any major instances of brands migrating away from their .com to a .brand during this period, like the transition by Barclays Bank plc that we saw in the last report. However, as with any new digital channel, we are seeing brand owners test the value of their .brand asset by launching microsites or establishing redirects to their .com, which is expected, as they evaluate the benefits of a .brand in relation to consumer behavior, branding, and security."

This looks exactly like what Apple also plans to do, except of course when Apple markets something, it tends to stick in people's heads.

One thing that fanbois should not get too excited about, however, is the possibility of their own personalized .apple domain.

When it applied for its namesake top-level domain, Apple stated: "Apple seeks to obtain the new .apple gTLD in order to provide consumers with another opportunity to learn about Apple, and its products and services."

When asked about how it would handle two people applying for the same .apple name, it responded: "There will not be multiple applications for a particular domain in the proposed .apple TLD because Apple plans to retain ownership. The company's affiliates and authorized entities will be able to seek registration directly from Apple."

In other words, as ever, Apple will be keeping close control of its new internet baby. ®