Are you getting a locked-in feeling? 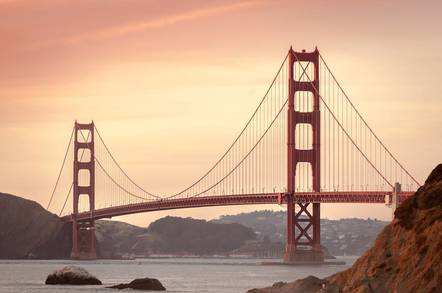 The UK's Parliament has launched a probe into Silicon Valley's giant internet plantations platforms – and wants to know if they're treating suppliers fairly. It also wants to know whether you're happy that you can switch from one platform to another, or whether they're trying to lock you in.

Missing from the platform list is advertising, the primary source of revenue for the "internet economy" (sic).

You can get an idea of the scope and terms of reference here (PDF). It has been launched by the House of Lords EU Internal Market Sub-Committee, and will take oral evidence from October to December.

After years of treating Californian internet giants with slack-jawed credulity, the European Commission's digi-bureaucrats have launched an unexpectedly thorough review; a public consultation is due – but you can read the leaks here. The UK's enquiry mirrors the EU's probe.

It will take evidence on "relations between platforms and suppliers (eg, asymmetries in bargaining power and the fairness of terms and conditions)" (like this, perhaps). And interestingly, it will quiz whether business partners and consumers can extract their data from the platforms.

Right now no music streaming punter can easily take a playlist or associated metadata (like favourites) from one service to another.

"We should not tempt the platforms to prefer rent seeking to innovation and competition, even if it's working for us right now. Portability would make playlists perfect," wrote Paul Sanders recently.

But it isn't that straightforward. The new Competition Commissioner Margrethe Vestager has been flailing her mace in all directions – probing Google and Hollywood – and Vestager is publicly against new regulations, stating that her Antitrust department can do the job just fine. ®

If you can't get to a POP yourself, this plan's for you