In EU-US data sharing we trust – but can we have that in writing, say MEPs

Signs of split between EU apparatchiks and elected reps 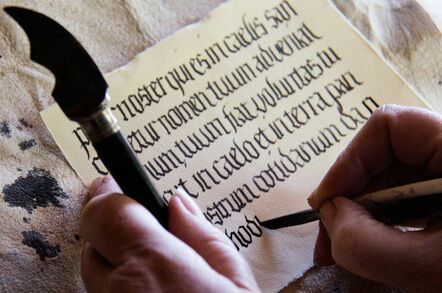 After four years of talks, the EU and the US reached a “gentleman’s agreement” on data sharing for law enforcement last week.

On Tuesday evening, the so-called Umbrella Agreement was presented to the European Parliament’s civil liberties committee by Paraskevi Michou, acting director general of the EU Commission’s justice department, which led negotiations from the east of the Atlantic.

The new accord will allow the exchange of personal data between the EU and the US “for the purpose of prevention, detection, investigation and prosecution of criminal offences”, so long as it is not “processed beyond compatible purposes".

Despite the commission presenting the agreement as a done deal, it will not take effect until it is approved by the European Parliament and a Judicial Redress Bill has been signed by the US Congress.

This bill would put Europeans on a level footing with Americans in the US; US citizens already have data protection rights in Europe.

Although the deal would give EU citizens the same rights as Americans to seek judicial redress before US courts if US authorities deny access to, or rectification of, their personal data, those rights are not absolute. Certain types of data are exempt.

Michou was nonetheless buoyant, saying that the agreement goes even further than the anticipated EU Data Protection Directive.

“This is a step forward so safeguards do not have to be renegotiated from scratch every time,” she said, urging MEPs to “use your contacts in Congress to insist on the passing of the judicial redress bill, as it is essential to improve law enforcement cooperation.”

However, although welcoming the move towards greater data protection, Green MEP Jan Philipp Albrecht said he would like the text of the agreement to be examined by the parliament’s own legal department.

“Judicial address is a huge step forward. Most of our demands in the text of this agreement are met, but with two preconditions,” he said.

The first is the judicial redress bill. The second, in Albrecht's view, is that the agreement "should not compromise the existing legislation on data protection that we have in the EU. The commission’s view is that it would not, but I think as parliamentarians we should ask our own legal service to assess this".

Dutch MEP Sophie in ’t Veld (ALDE) was also in favour of having the lawyers look at the small print, as she appeared to disagree with Michou's assertion that the deal would go further than the EU's own data protection proposals.

“I think we need a little more time to look at the text in detail,” she said. “It is not just me; it is also the citizens of Europe who are entitled to know the status of this document. The protections are lower than the EU rules that we hope to adopt."

"But if it’s true that this only fills the gaps between the data protection directive and Mutual Legal Assistance Treaties, then that is good," she added.

“I want to be sure before we vote on this, that this agreement will never override the future data protection directive. As a citizen if I have a complaint, I want to know which agreement takes precedence?” added in ’t Veld.

German EPP MEP Axel Voss, not normally on exactly the same page as Albrecht and In’t Veld, also wants the agreement subjected to scrutiny. “I have nothing against the legal services, but it might be useful to get ideas from the court ahead of time,” he said.

Finally, German MEP Cornelia Ernst (Nordic Green Left) wanted to know: “What happens in the case of a non-US or non-EU citizen who lives here in Europe?”

The timetable for the agreement is still hazy and dependent on a lot of billable hours for the lawyers. Officially, negotiators are saying it has been agreed, but not yet “inked”. The commission’s “breakthrough” may turn out to be nothing of the sort. ®