'To read this page, please turn off your ad blocker...' 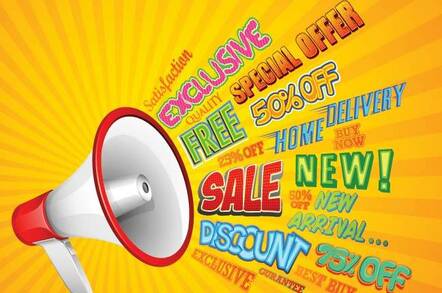 The Jeff Bezos-owned Washington Post has become the largest newspaper to refuse to serve readers who filter out advertisments.

The Post described it as “a short test” to gauge what users who use blocked blockers will do next. “Often, we run tests like this not in reaction to a problem, but to learn,” said the paper in a statement.

Last week, Google also began to nuke the filters used to block preroll ads on its YouTube service. For extra punishment, YouTube viewers using AdBlock Plus had to sit through the full ad, by disabling the ‘Skip Ad’ button.

Around one in seven surfers use ad-blocking software, although the proportion rises when the demographic mix skews towards middle class and wealthy, and young and male, according to the latest annual PageFair report (co-sponsored by Adobe) into ad filters. (Pdf).

Ironically, the survey also found that the largest digital advertiser Google had helped the rise of ad-blocking, by making them so easy to install and use.

Later this month, Apple will allow mobile ad-blocking into its Apple Store for the first time. Quite coincidentally, it’s pushing a new proprietary distribution channel for publishers, a Flipboard-style app called News. It’s a mixed blessing for publishers, as the look and feel of a publication must conform to Apple guidelines.

A frequent complaint is that ads – particularly embedded video ads - are poorly designed and degrade the experience for the user. This is particularly true on mobile sites. But the ad biz isn’t buying it.

“Sorry ad-blockers, I assume you mean well and you have a point about page-load times and ads junked up with tracking tools and Trojan horses and the like,” wrote Advertising Age editor Ken Wheaton, recently. “But theft is still theft, even if it's dressed up as some sort of digital Robin Hood act. You're not just interfering with pixels, you're interfering with business.”

Eyeo, the company behind the most popular blocker AdBlock Plus, operates a business that has been compared to ransom. Companies apply to Eyeo for approval to a whitelist https://eyeo.com/en/services and pay to be whitelisted. Because they’re nice guys, Eyeo will whitelist some ads for nothing.