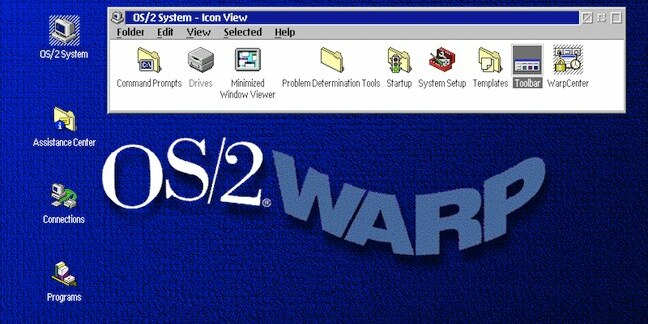 eComStation, the Dutch-owned company that offers a PC operating system based on IBM's OS/2, has floated the idea of a USB-bootable version of the OS.

The firm keeps the OS/2 torch burning by offering a PC OS that lets users run OS/2 apps. The outfit claims the likes of Boeing, Whirlpool Corporation and VMware use its software, usually in applications where they can upgrade PCs but still need to run OS/2 code.

For those of you who came in late, in the 1990s PC owners had a choice of commercial operating systems. OS/2 was widely held to be superior to Windows, but IBM was outmanoeuvred by Microsoft. Big Blue eventually bailed leaving OS/2 on a long and strange trip to obscurity.

Why the USB revival? Because new PCs will nearly always offer USB and those using eComStation will therefore appreciate an option to boot from USB when doing maintenance. eComStation has therefore called for help making a USB-bootable version of OS/2 to help those who are trying to wrangle OS/2 machines hit by hardware SNAFUs.

If that application's a disappointment and you'd like to take eComStation a spin, there's a demo version here and a US$145 home version here. ®